Arachnophobia is inspired by a giant spider sculpture called Maman, created by Louise Bourgeois. Büsser developed this concept, selecting a high-end L’Epée clock movement and re-imagining it as the mechanical head and body of a spider.

The body is equipped with a black dome with white numerals depicting the hours and minutes. The araneae’s self-sufficiency is to be admired for the finely-finished visible movement, boasts a power reserve of eight days. 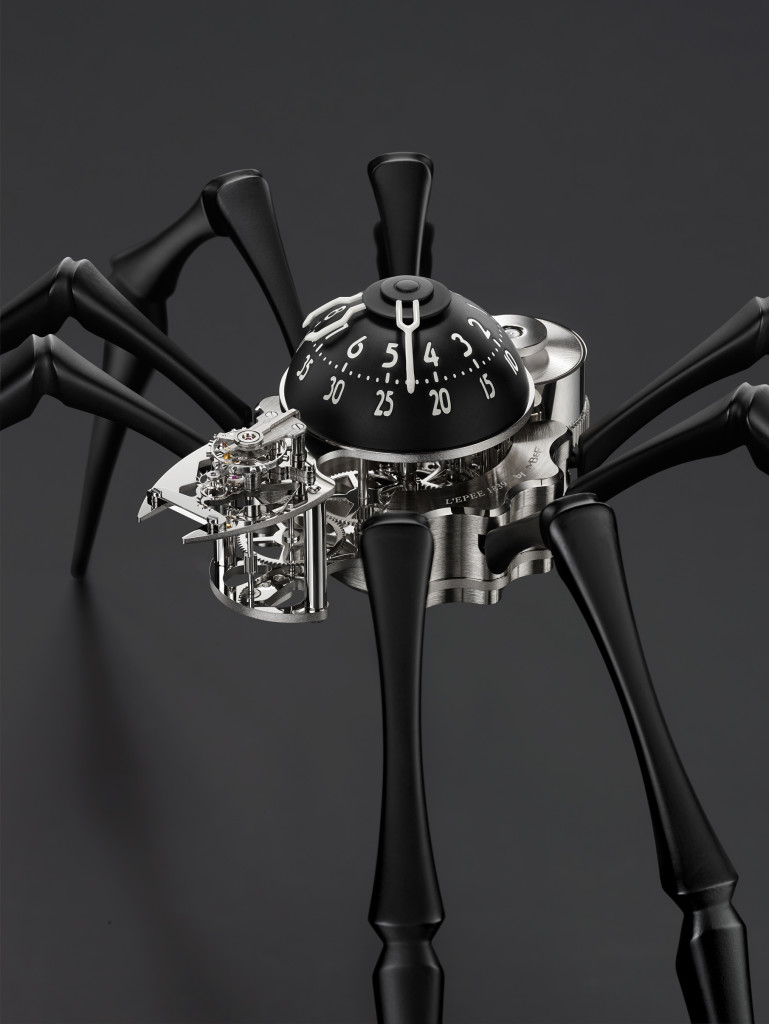 At either end of the time-displaying abdomen, important mechanical processes take place: the head houses the regulator with its oscillating balance wheel, while the other end contains the mainspring barrel which powers the movement. Attached to the abdomen are eight articulated legs with ball joints which can be rotated so that Arachnophobia can stand on a desk or on a wall. 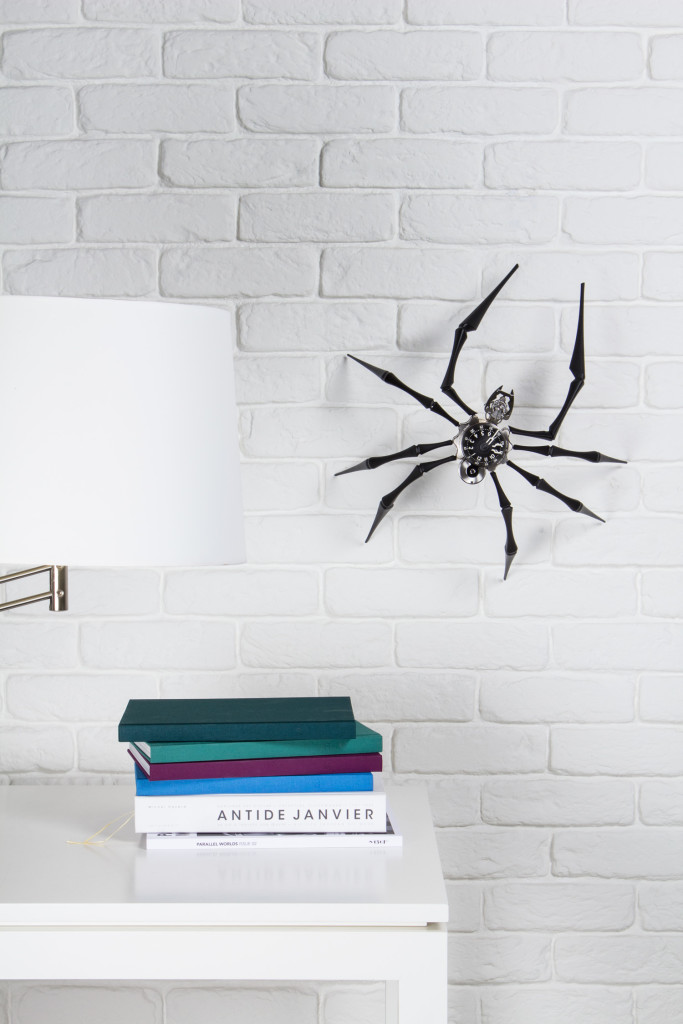 The Arachnophobia is available in two colors: black or 18k yellow gold-plated.