The Angelus U20 Ultra-Skeleton Tourbillon watch has been conceived as a beautiful mechanical haute horlogerie sculpture.

From the movement to the case design, every aspect of the U20 has been conceptualized to allow light to enter the watch and reveal the splendor of the movement’s architecture and tourbillon, facing the quest for total transparency and three-dimensionality. 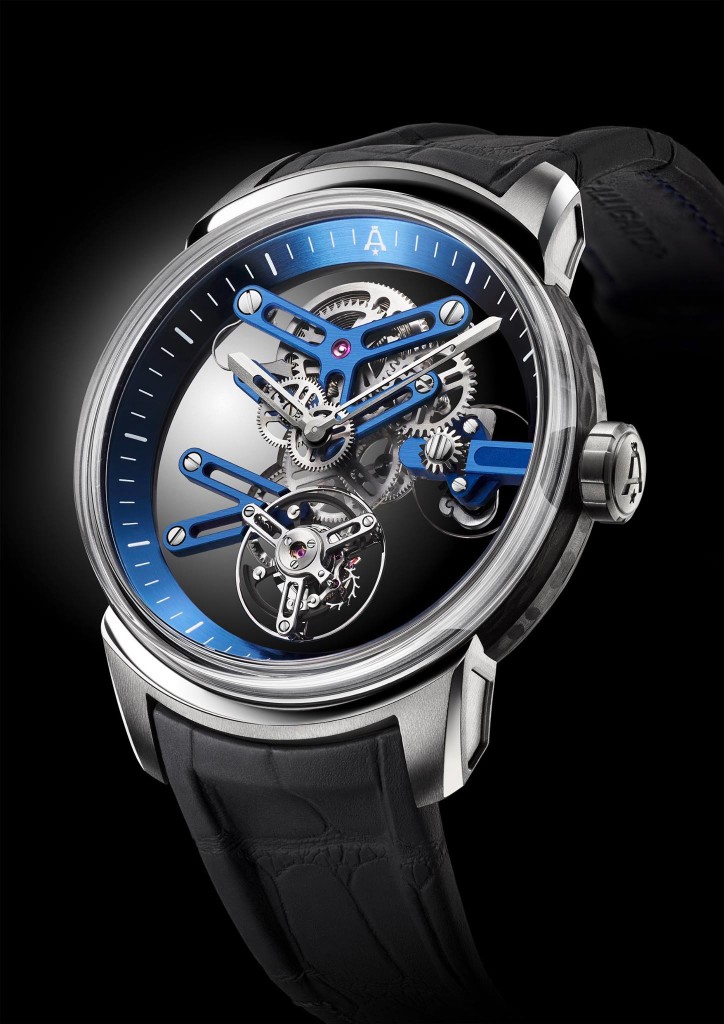 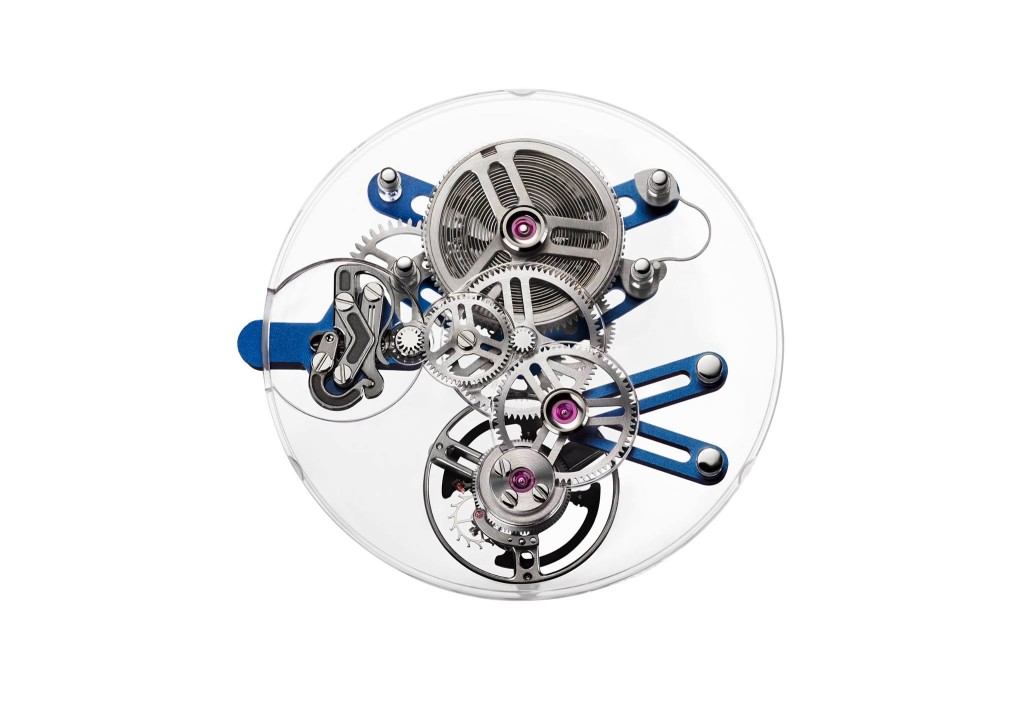 The tourbillon’s steel cage is hand chamfered and polished with flat surfaces either mirror-polished or satin-finished. The variable inertia balance wheel is regulated by four gold weights around its perimeter. In the quest for high performance, the rim of the balance wheel has been milled to maximize aerodynamics and reduce air resistance.

The U20 Ultra-Skeleton Tourbillon is available in a limited edition of 18 pieces in carbon-fiber/titanium case. 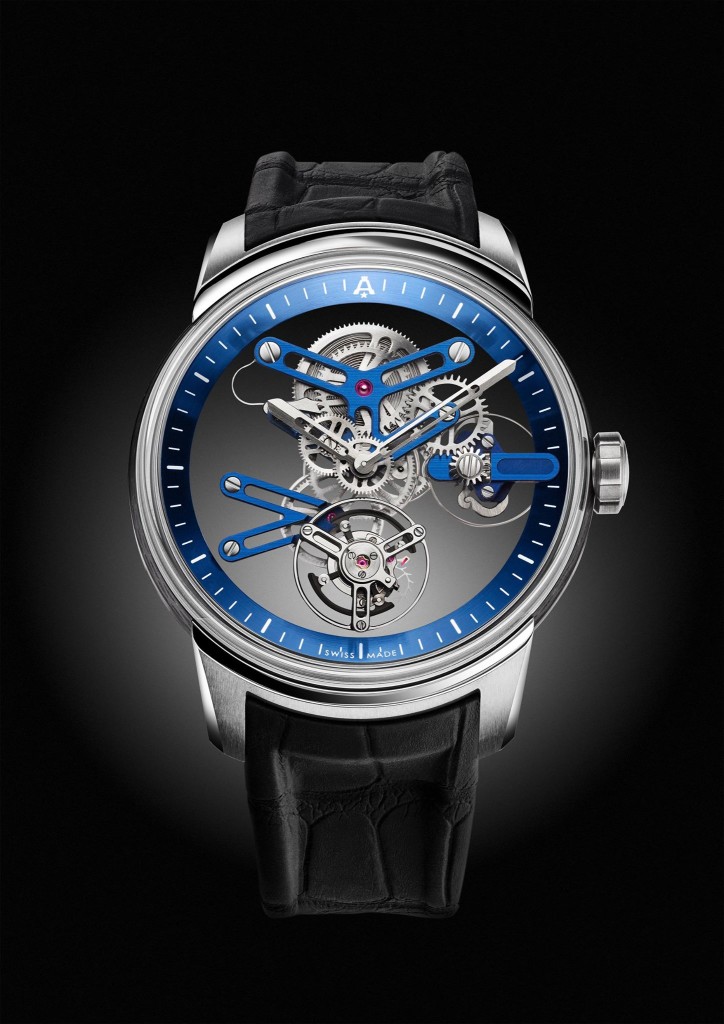 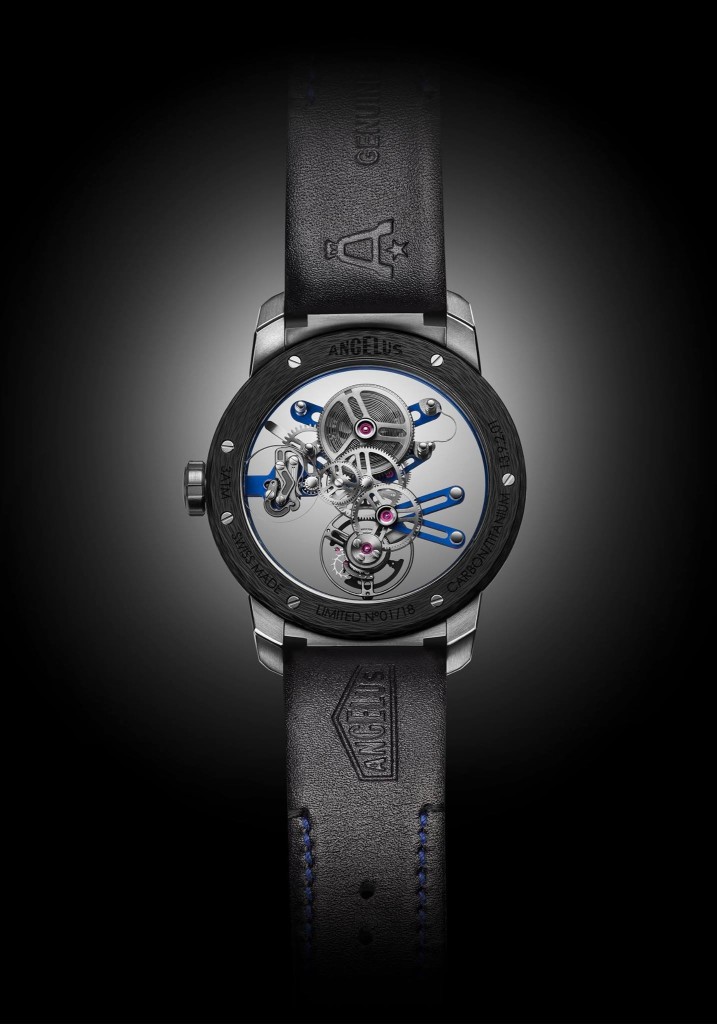