“Zenith is writing its future …and the future of Swiss watchmaking”. This sentence is the start of the press release diffused by Zenith to announce the launch of its new model Defy Lab and its new oscillator – an invention that challenges nothing less than the operating principle of mechanical watches invented by Christian Huygens in 1652. 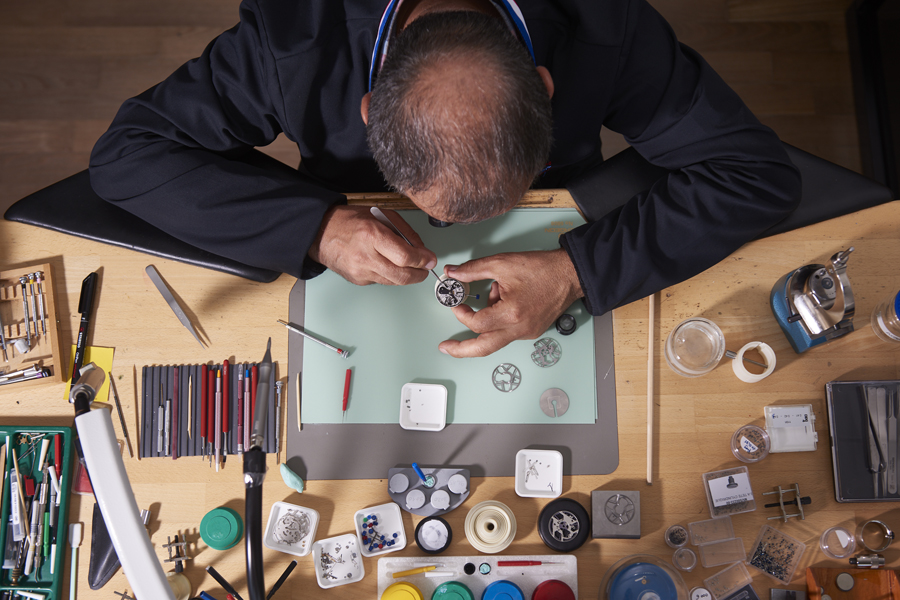 The Le Locle-based Swiss Manufacture, part of LVMH Group, has been making mechanical watches for over 150 years and currently has the capacity to produce around 40 different. Among other innovation, in 1969 Zenith unveiled the El Primero movement, the first automatic chronograph in the history of Swiss watchmaking, which has now become a legend.

Zenith is now challenging the principle invented by the Dutch astronomer, mathematician and physicist Christiaan Huygens: namely the regulation of mechanical watches by means of a balance and hairspring assembly, a concept that still forms the basis of all current mechanical watches. 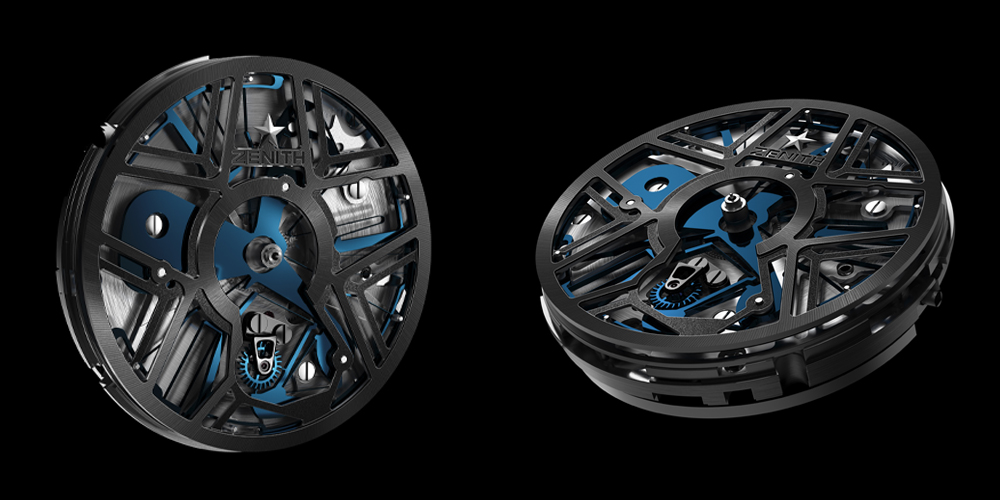 With the Defy Lab, Zenith introduces a completely revamped movement called the ZO 342. This calibre measuring 32.8 mm in diameter and 8.13 mm thick reveals its distinctive nature at first glance: the barely 0.5 mm thick Zenith Oscillator appears beneath the dial. The new Zenith Oscillator takes the form of a single piece without any mechanical linkages, instead of the customary 30 or so parts that require assembly, adjustment, setting, testing and lubrication. It is an that replaces the 30 or so ordinarily assembled, adjusted, regulated and controlled parts. 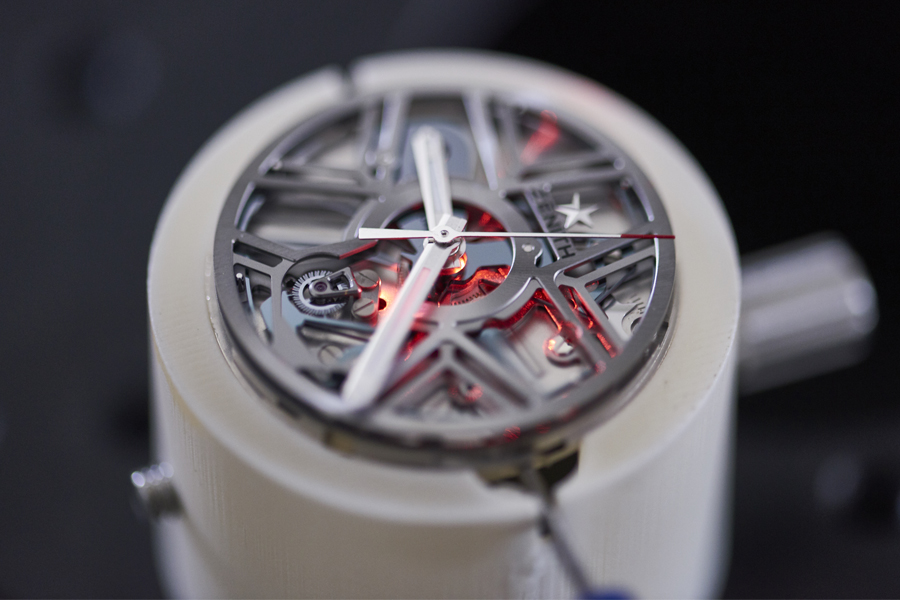 The absence of conventional mechanical couplings eliminates contact, friction, wear, slack, lubrication, assemblies and dispersions. The wheel replacing the escape wheel has a specific design and its cycle does not correspond to the traditional behaviour of a Swiss lever escapement. It is made of silicon showing superficial oxidation. 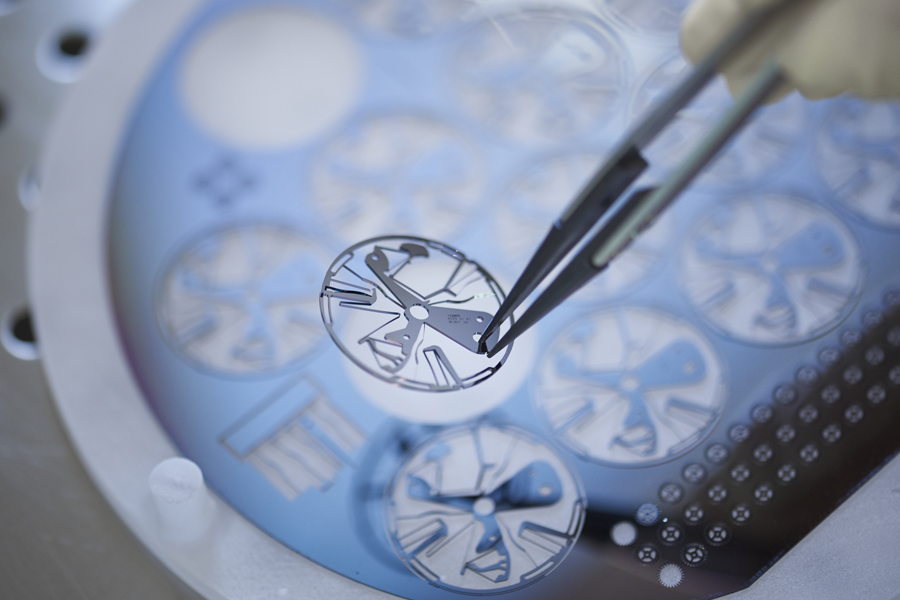 The Zenith Oscillator beats at a frequency of 15 Hz frequency, three times higher than that of the historical El Primero movement, while enjoying a 10 percent higher power reserve. There is no sign of jerking and the permanent running seconds hand rotates smoothly around the dial.

The Defy Lab shows an improvement in energy consumption compared to a conventional balance & hairspring system and its precision exceed the requirements of the ISO-3159 standard. 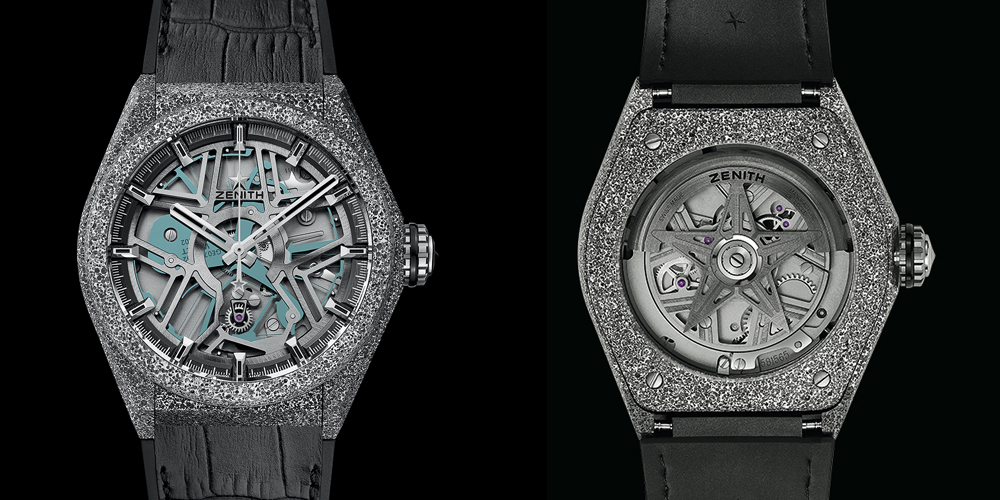 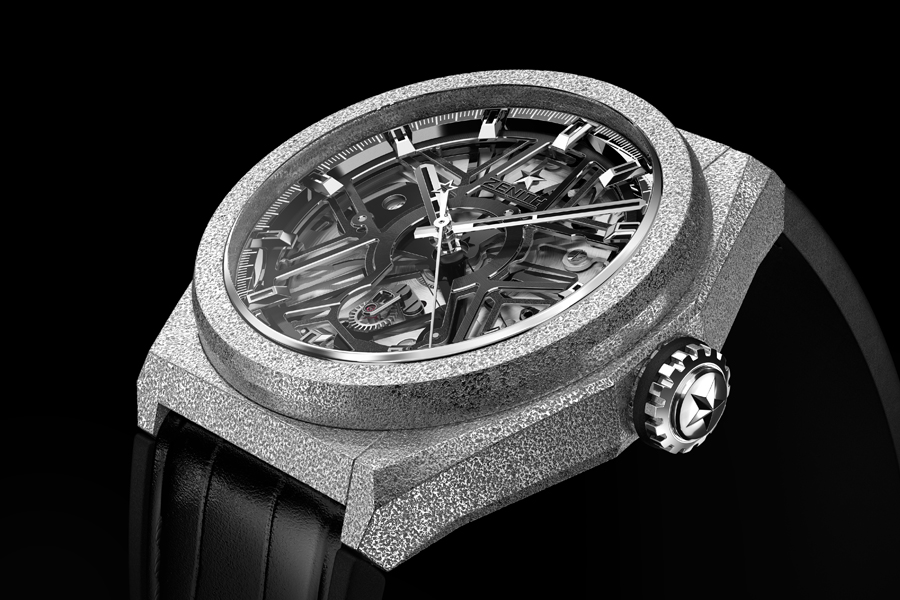 Even if serial production is the next goal for the house, at the moment only 10 of these watches have been produced, each different. All these unique pieces, introduced in the form of 10 exceptional gift boxes (29,900 CHF), have been already pre-sold to collectors. 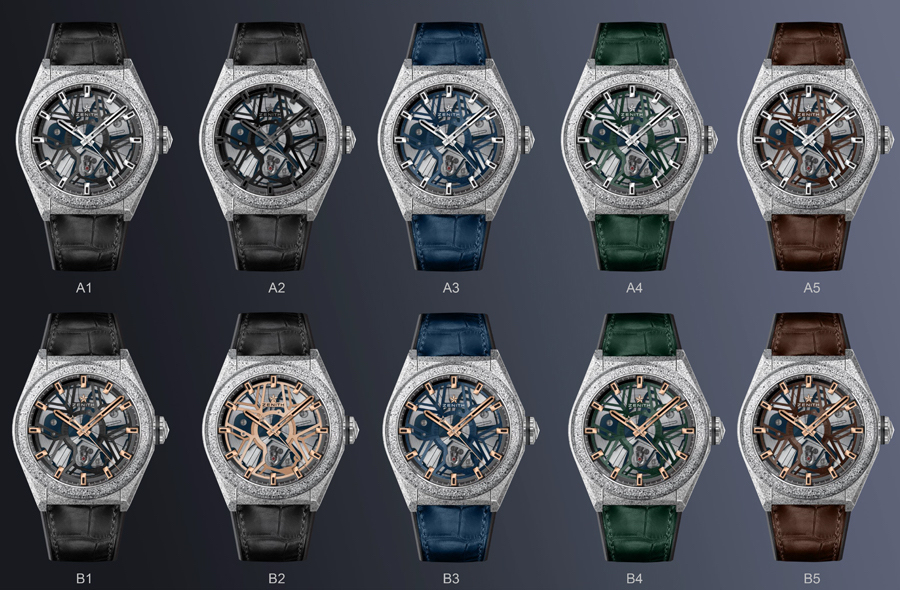 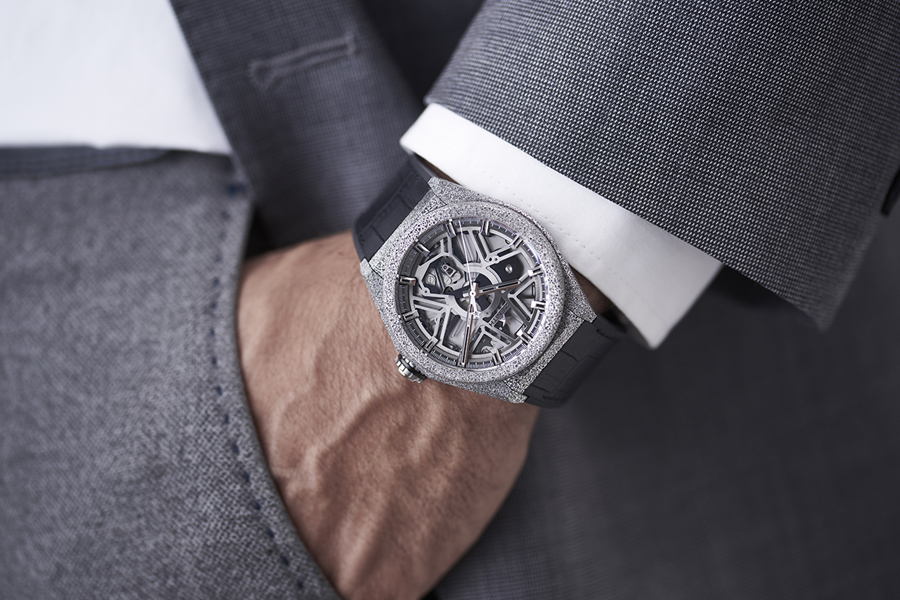