Once they’ve seen it in action, nobody can deny the appeal of the UR-210. To appreciate it fully you have to keep your eyes glued to the dial as the minutes hand approaches the end of its hour. Don’t blink, because if you do, you’ll miss a display of controlled energy in the lighting return of the retrograde hand as it snaps back to the start of the next hour. Today URWERK presents the extraordinary UR-210 in a black platinum version, in keeping with a tradition held since its foundation. The Black Platinum model is the most select and exclusive of the UR210s, and as such, irresistible. 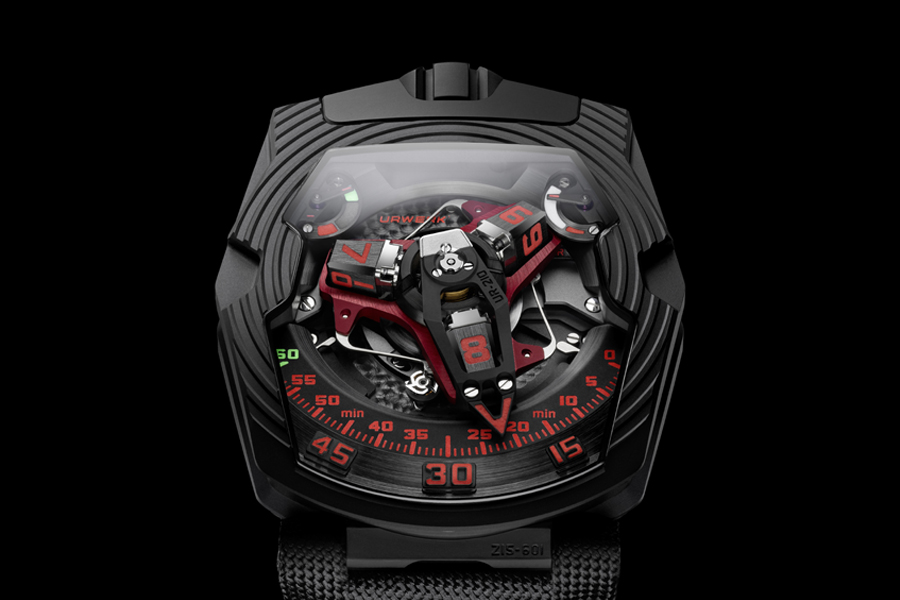 The action of the retrograde hand is too swift for the eye but you hear the sharp click that announces the arrival of the hand exactly on zero. The spectacular combination of the revolving satellite complication and retrograde minutes is seen nowhere as in the UR-210. The prominent three-dimensional minutes hand acts as a high-tech cowling that encloses the hours and carries them in turn smoothly across the scale of minutes. 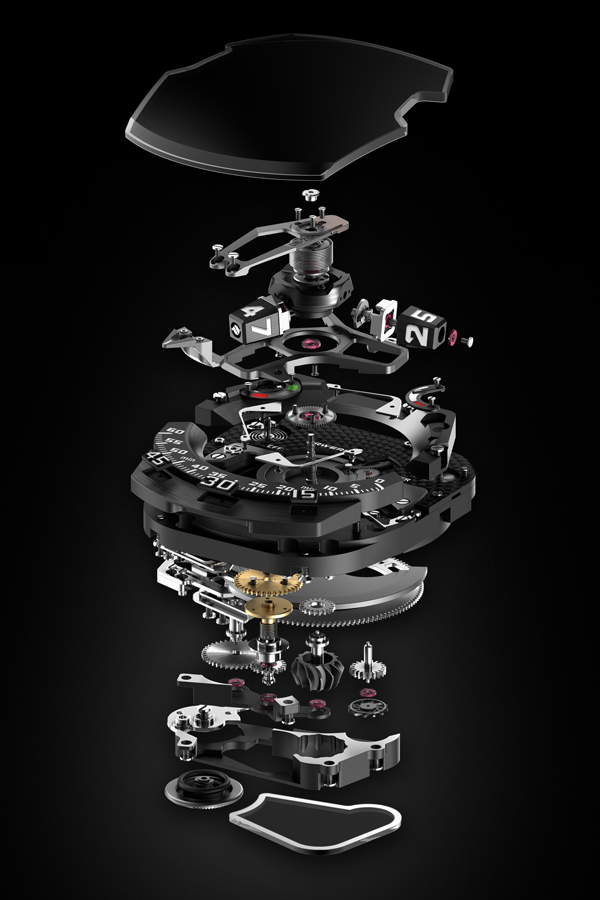 The case of the UR-210 black Platinum appears to have reacted to the force of the fly-back minutes, developing a series of regular shock waves radiating from the dial. “We’ve added an extra tactile dimension to a 3D watch,” explains Martin Frei, URWERK’s co-founder and designer “The rotations of the hours satellites are replicated in the metal of the case.” 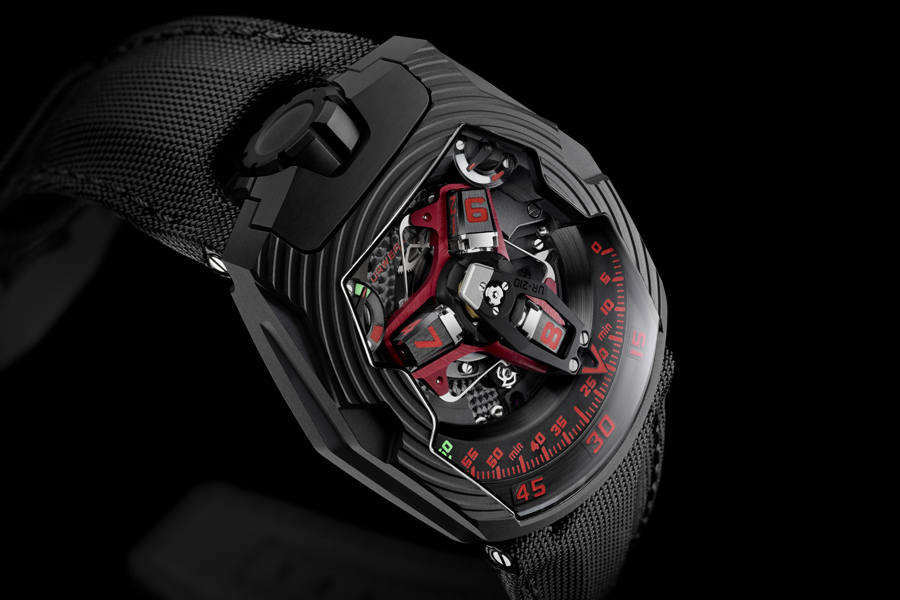 The dial of the UR-210 also features a conventional power-reserve indicator at 1 o’clock. Opposite, at 11 o’clock, what appears to be a similar indication is in fact very different because it shows the winding efficiency during the last two hours. This device calculates the energy flow, or the ratio between the energy generated and the energy consumed. Contrary to a torque indicator, it doesn’t depend on the tension of the barrel spring. Are you sitting comfortably, not moving much? Then the hand of the winding efficiency indicator will move inexorably towards the red sector. When it’s workout time, it will move towards the green, showing more energy is being created than consumed. (Limited to only 25 pieces, price CHF 155.000)

“With this model, URWERK reaches a new goal,” concludes Felix Baumgartner, master watchmaker and co-founder of the brand. “At the same time it opens a new chapter in the evolution of our complicated mechanisms.”