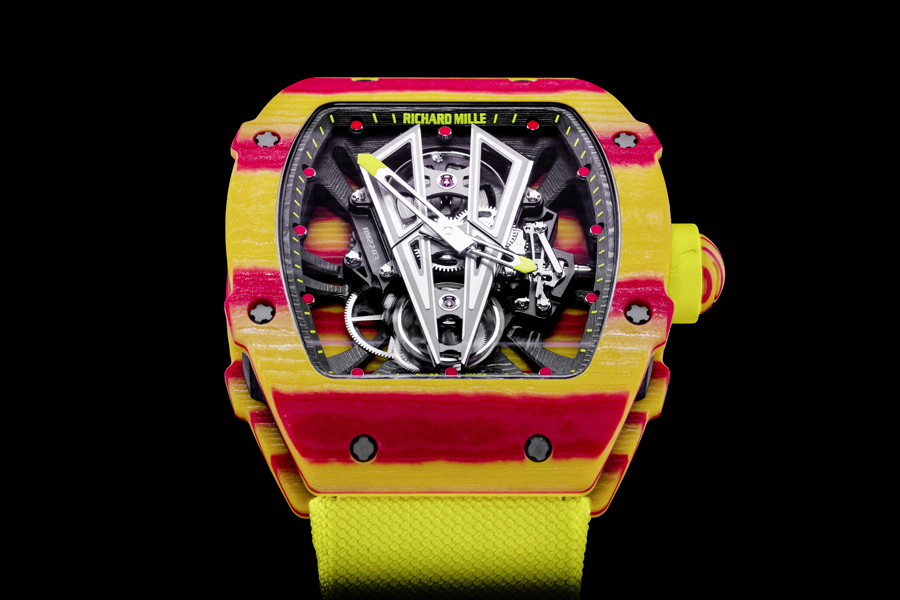 The new RM 27-03 Rafael Nadal unveils a new Quartz TPT case with striking red and yellow hues that pay omage to Rafa’s native Spain. The intense burst of colour is achieved by impregnating fine layers of silica “just 45 microns thick” with tinted resin according to a proprietary process developed in Switzerland that stacks the filaments in layers before heating them to 120 °C. 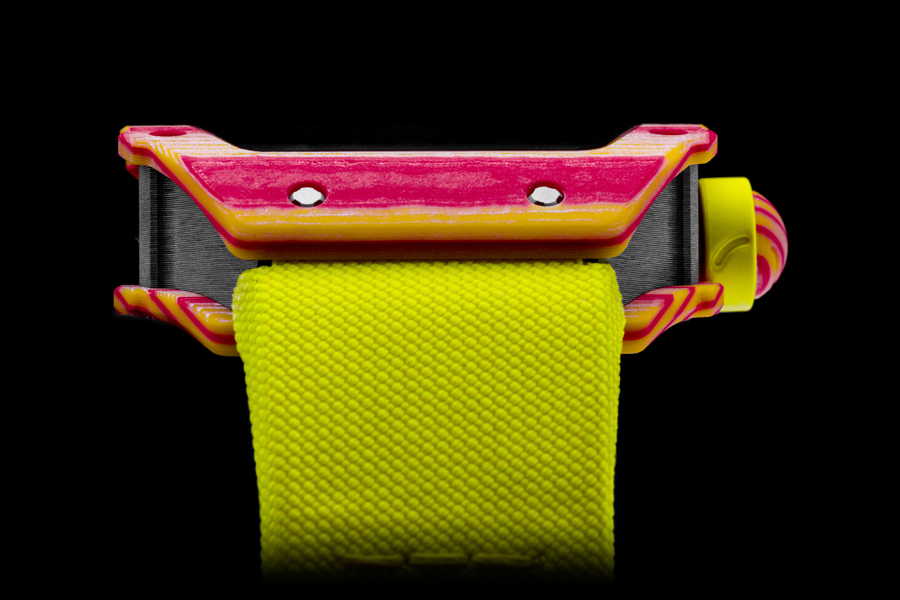 The quartz fibres used in this case “water resistant to 50 metres” offer a very advantageous strength/weight ratio, as well as being anallergic and highly resistant to UV rays. But the main innovation of the RM 27-03 is the capacity of its tourbillon calibre to withstand shocks up to 10,000 g’s. This “virtual” indestructability is vouchsafed by assembly of the ultralight tourbillon calibre on the skeletonised unibody baseplate of Carbon TPT® with a precision to the nearest micron, while the reduced number of components in this configuration permits additional weight savings, lightening the whole watch. 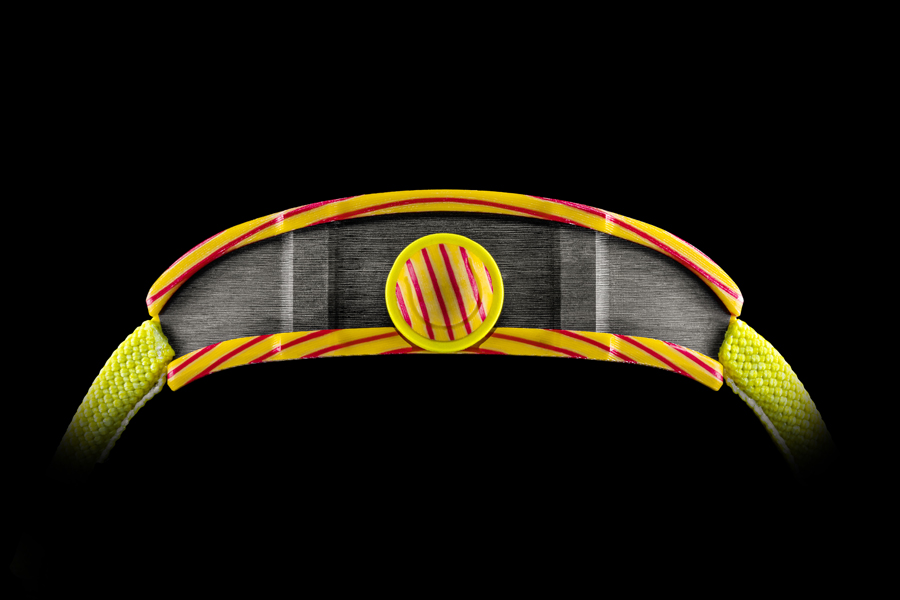 The finishing of the RM 27-03 calibre presents hand-polished tapered anglage and satin surfaces that set off the sparkle of finely microblasted elements. Highly stylised, the sharp, streamlined curves of the skeletonised bridges encircling the barrel, the great wheel and the mechanical winding tourbillon beating at 3 Hz together evoke the forward-facing head of a bull. A symbol of Spain, this animal is also Nadal’s chosen emblem. As a playful nod, winding and hand setting are conducted using a torque-limiting crown of Quartz TPT® in the shape of a tennis ball. 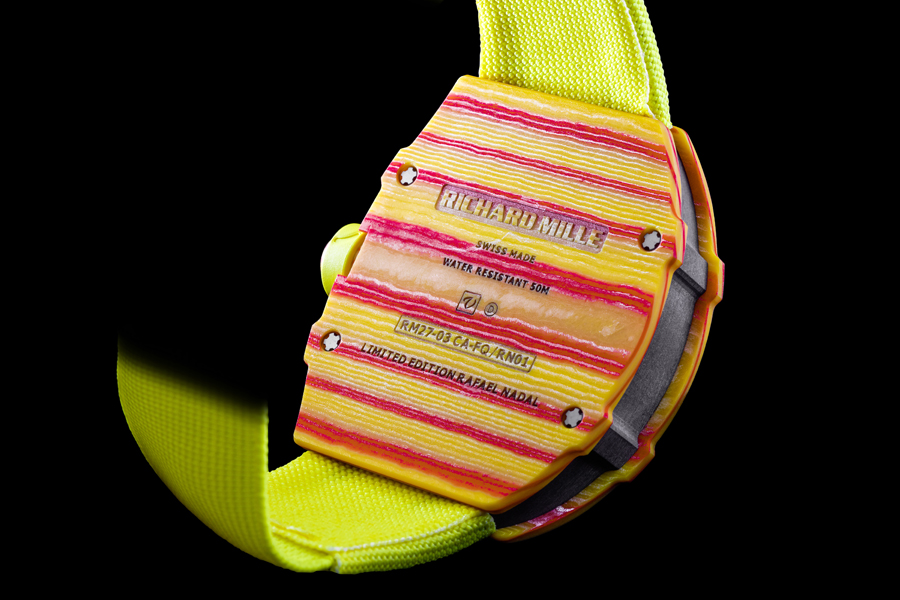