Unveiled ahead of the SIHH 2017, Vacheron Constantin presents the Patrimony moon phase and retrograde date. A timepiece with harmonious proportions, inspired by the models created by VC in the 1950s. 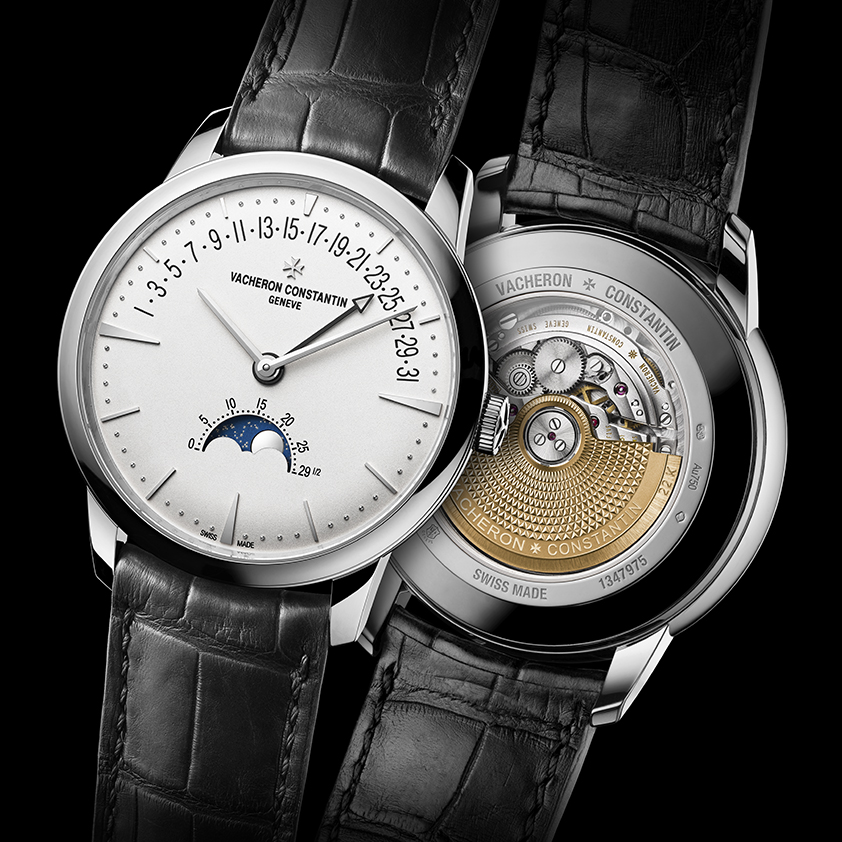 In the new Patrimony moon phase and retrograde date the moon gleams brightly against a star-studded backdrop, visible through an opening in the lower half of the dial. The age of the moon – meaning the number of days that have elapsed since the last new moon – can be read off on a graduated scale around this opening. This lyrical complication is displayed with extreme accuracy in accordance with the real lunar cycle around the Earth, which lasts exactly 29 days, 12 hours and 45 minutes. This sophisticated mechanism requires a one-day correction just once every 122 years.

The second horological complication, the retrograde date display, is a useful and elegant function that appears in the upper half of the dial. A central hand – whose colour is achieved by a black oxide process – tipped with an openworked arrow moves forward in one-day increments. Once the month is completed, a retrograde system returns it instantly to its initial position on the 1 numeral by means of a retrograde system and begins running along the same path. 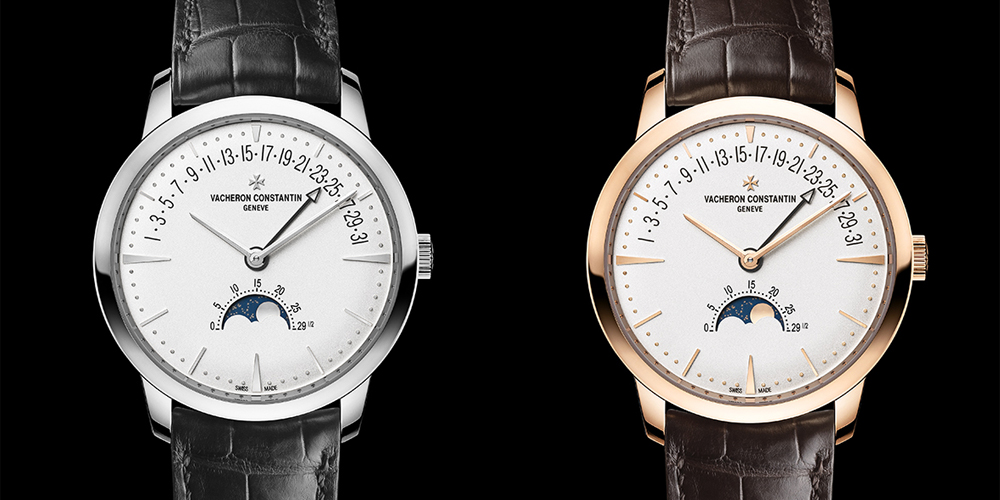 The new Manufacture Vacheron Constantin Caliber 2460 R31L with its 40-hour power reserve drives the hours and minutes hands, the precision moon-phase display as well as the retrograde date. With this unprecedented movement, the Maison has succeeded in offering an easily adjustable mechanism. Its crown offers simple and smooth access to all three functions of the timepiece. In its first position, it serves to wind the watch. Once pulled out to the second notch, it can be turned clockwise to set the date or counter-clockwise to adjust the moon phase, while the third and last position controls time-setting. 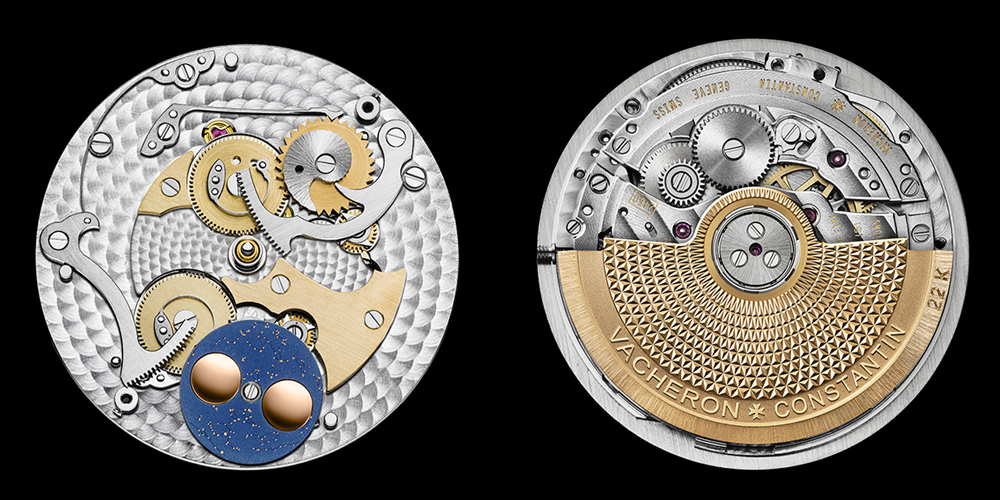