During the Geneva International Motor Show 2016, Parmigiani Fleurier is unveiling a new milestone in partnership with Bugatti. While the automotive brand presents the Bugatti Chiron, Parmigiani Fleurier unveils the watch associated with the car: the PF-Bugatti 390 Concept Watch. 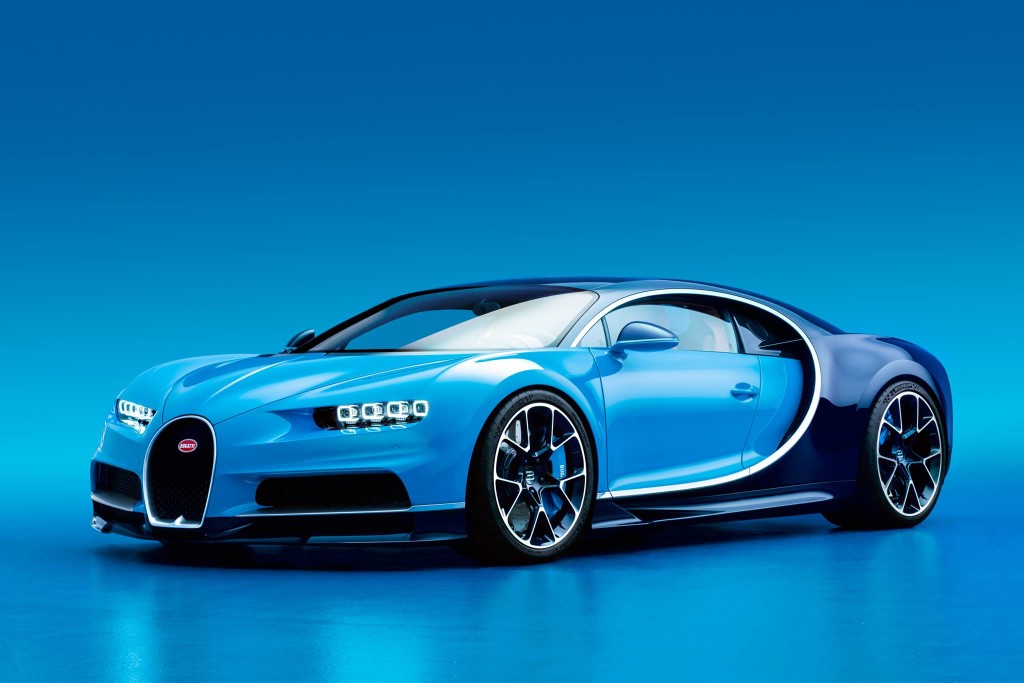 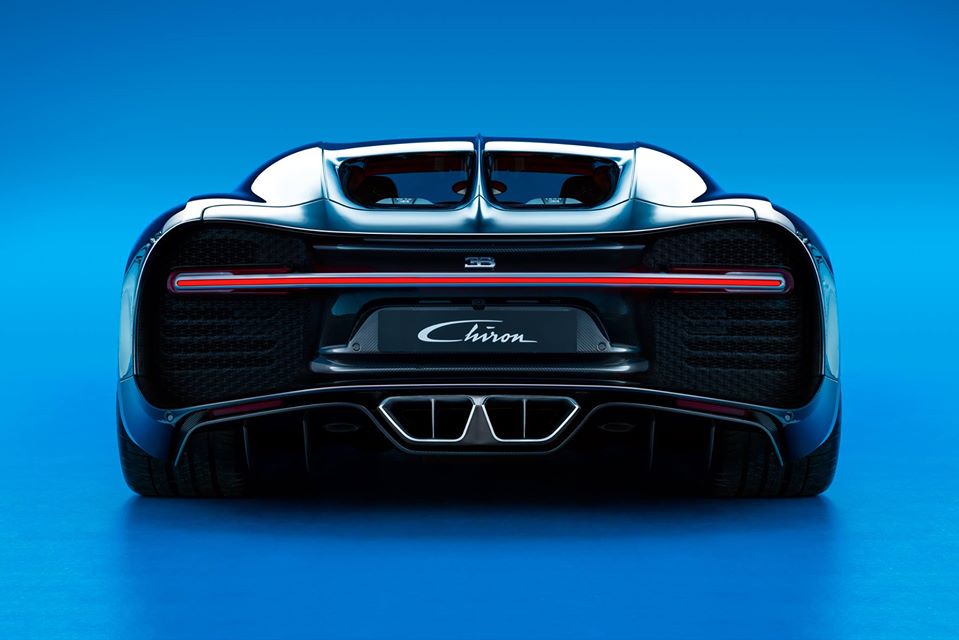 She is the representative of a new generation of Bugatti timekeepers. The PF-Bugatti 390 is conceived as a motor-bloc which movement takes a tubular, perfectly concentric shape. This coaxial structure splits the functional sections of a movement into separate compartments, which are in mutual interaction just like the motor of a car.

A real time motor-block on the wrist. 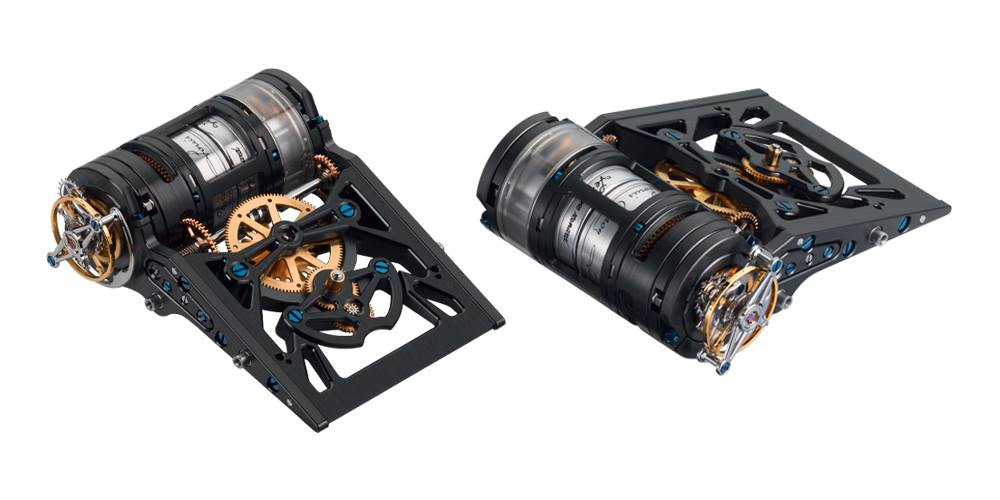 The concept and the structure of the PF-Bugatti 390 are divided in 5 different parts: 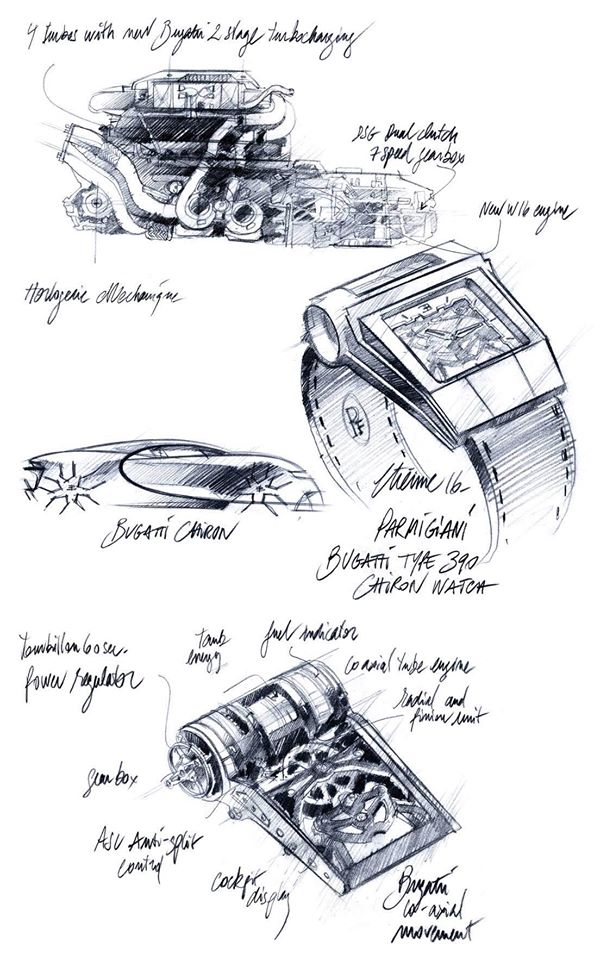 Supply is the section that manage the power reserve indication, winding of the barrels and the setting time. The key elements of the section are:

The energy is powered by two series barrels with triangular coupling that ensure a constancy in the supply (Analogy with the two fuel tanks of a Bugatti car).

The transmission is ensured by a planetary gear: a central wheel, three satellites and a fixed toothed crown. Three series of planetary gears that ensure the reduction ratio function, transmission of the torque and the centring of the force at each level.

The regulation takes place through a Flying tourbillon 60 seconds with an excellent power to weight ratio. The light and the resistant materials consent a optimal adjustments and the compatibility with the COSC standards.

The change of the level from the tubular structure to the dial happens at the transmission level. Recovery of the torque and transposition by means of a worm screw which enables: 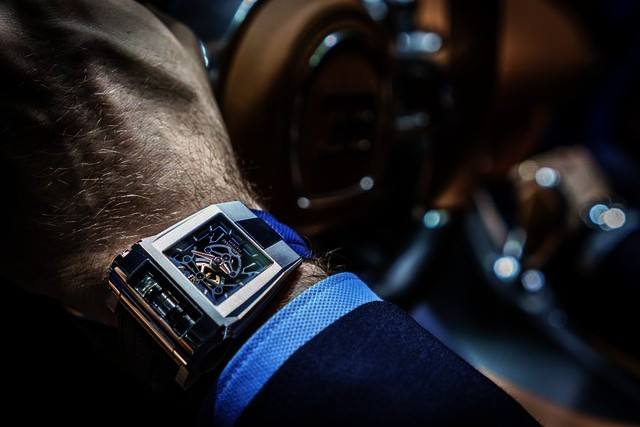