The new Hermes Arceau L’heure de la lune watch offers a unique vision of Earth’s satellite with the simultaneous display of moon phases in both northern and southern hemispheres. Two mobile counters gravitate on a meteorite or aventurine dial, revealing mother-of-pearl moons in step with an exclusive module, coupled with a Manufacture Hermès movement. 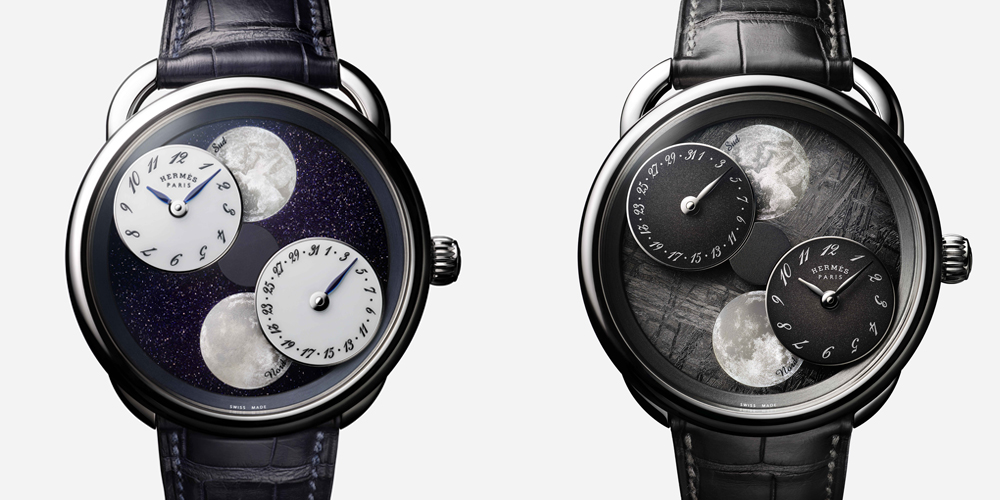 Inside the 43 mm white gold case with asymmetrical lugs, the meteorite or aventurine inlaid with mother-of-pearl form a cosmos in which the white or black lacquered mobile counters with Arabic numerals float above the hemispherical moons.These mischievous displays have swapped cardinal points, with the south above and the north below. 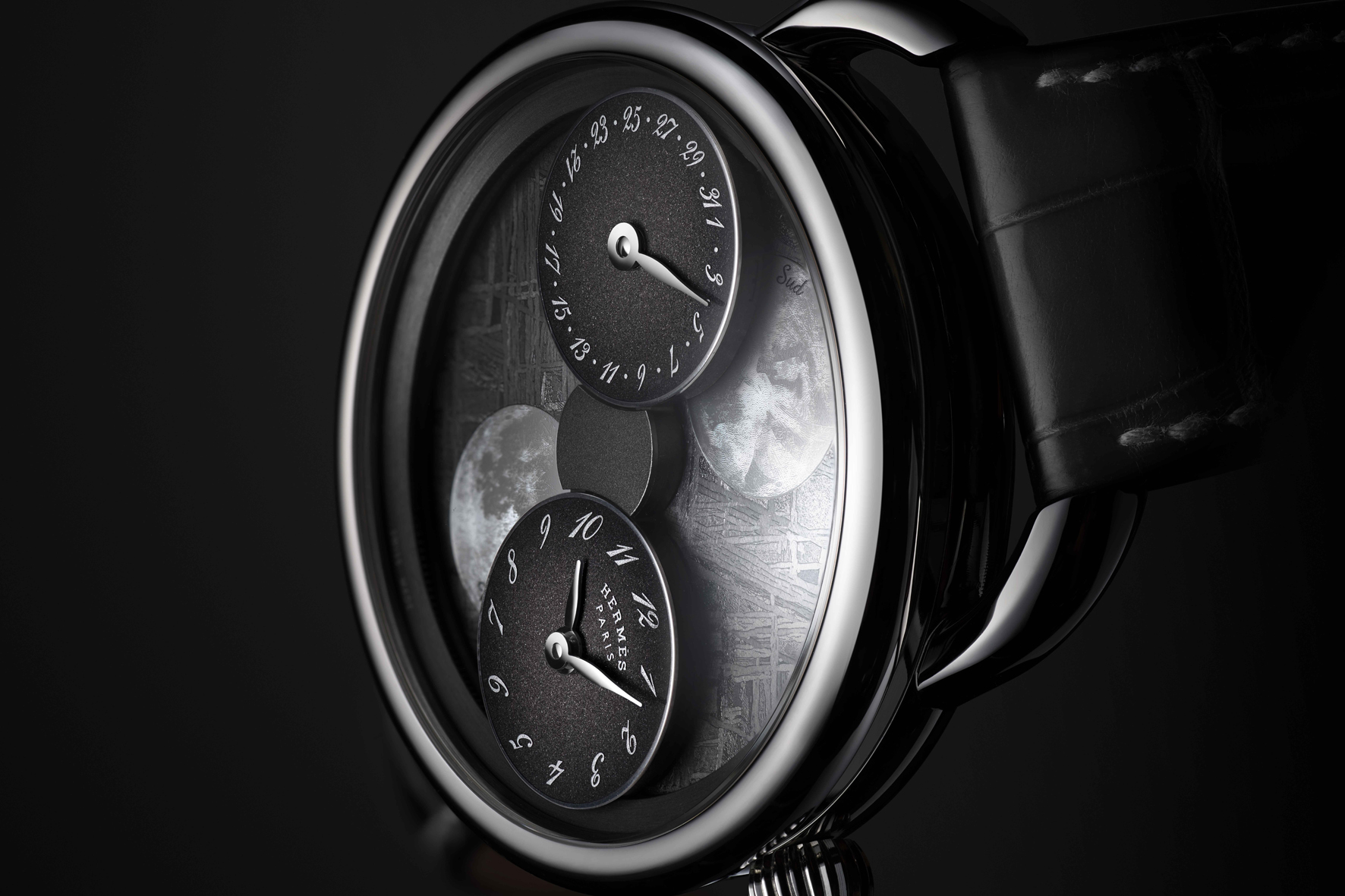 At 12 o’clock,  the moon is adorned by a Pegasus created by the designer Dimitri Rybaltchenko. Entitled Pleine Lune, this portrayal of the winged horse is reflected on the surface of the northern hemisphere on the other side at 6 o’clock. 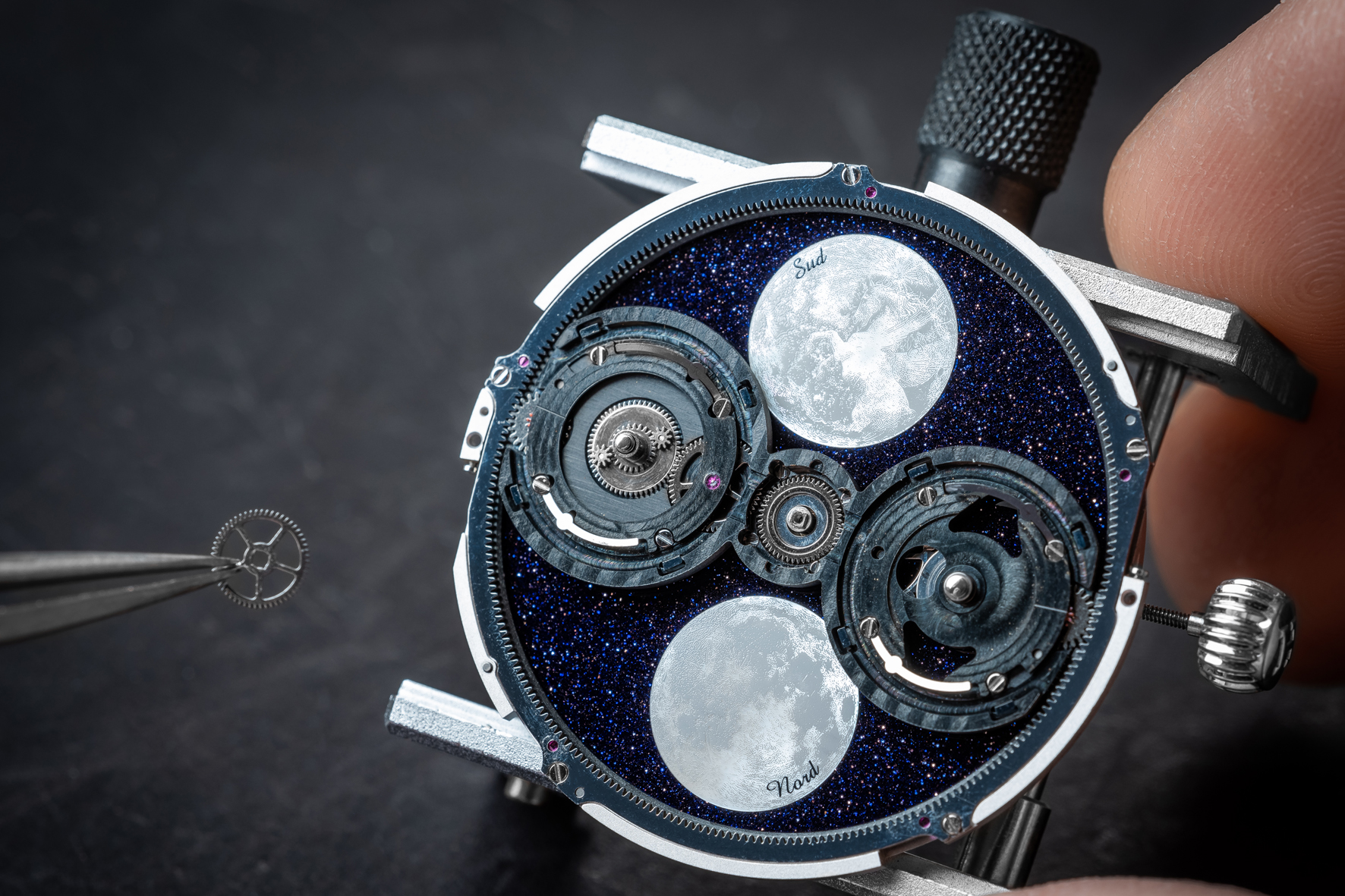 The mobile counters displaying the time and date  turn weightlessly to reveal the moon discs, while maintaining their horizontal orientation. This contemporary dance  is choreographed by a module exclusively developed for Hermès and for which a patent has been filed. With  a total thickness of just 4.2mm, its 117 polished and bead-blasted components are incorporated within  the Manufacture Hermès H1837 automatic movement: a technical challenge designed to preserve the slenderness of the overall mobile chassis, which sweeps around the dial in 59 days. 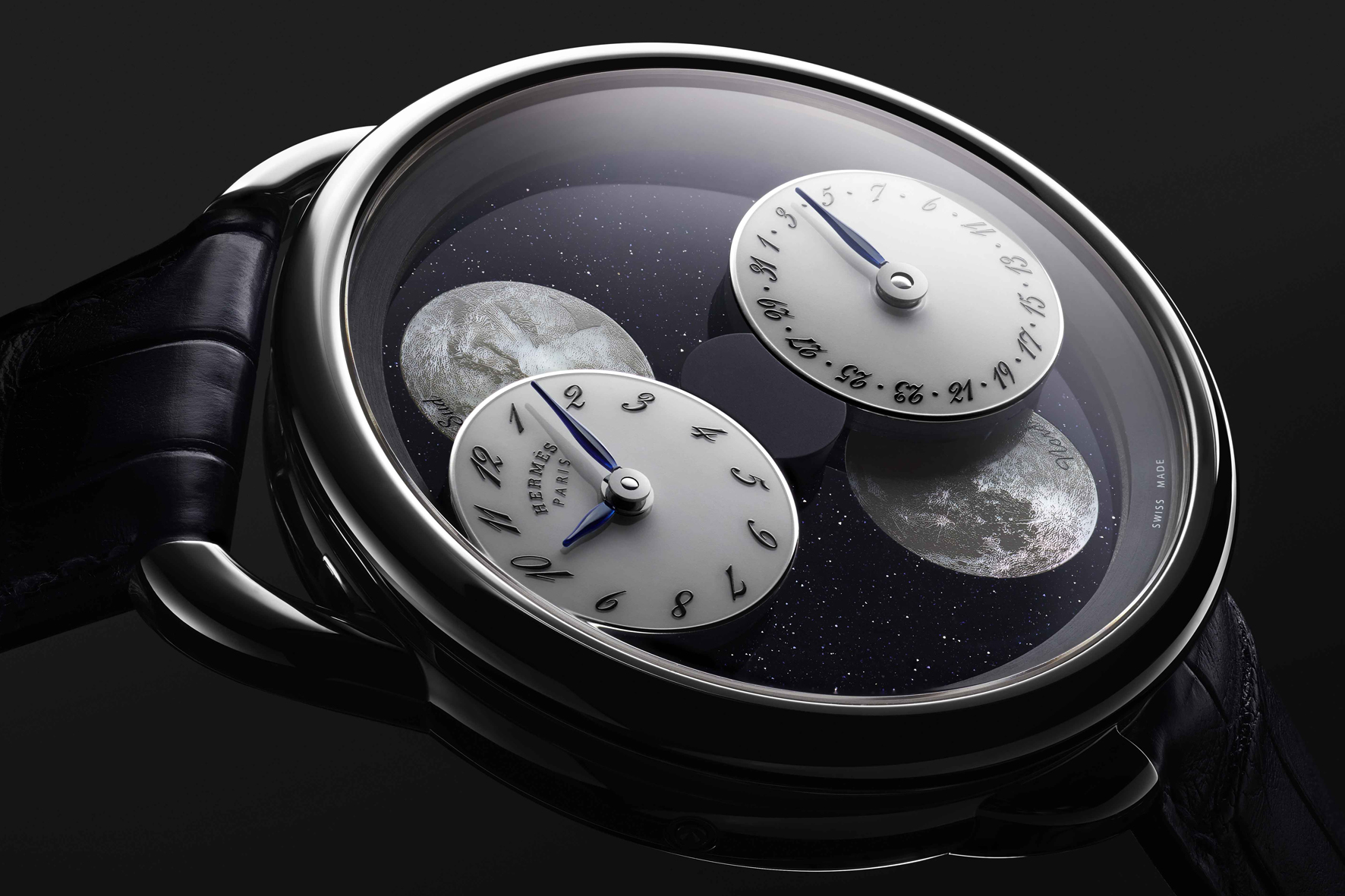