Three highly renowned watch creators, united by a common goal of recording and preserving for posterity traditional watchmaking techniques; A young watchmaking teacher entrusted with the role of learning such techniques before they risk being permanently lost; and, A true handmade timepiece realised in the most authentic spirit of traditional watchmaking. These are the actors and resources of the «Le Garde Temps – Naissance d’une Montre» project. 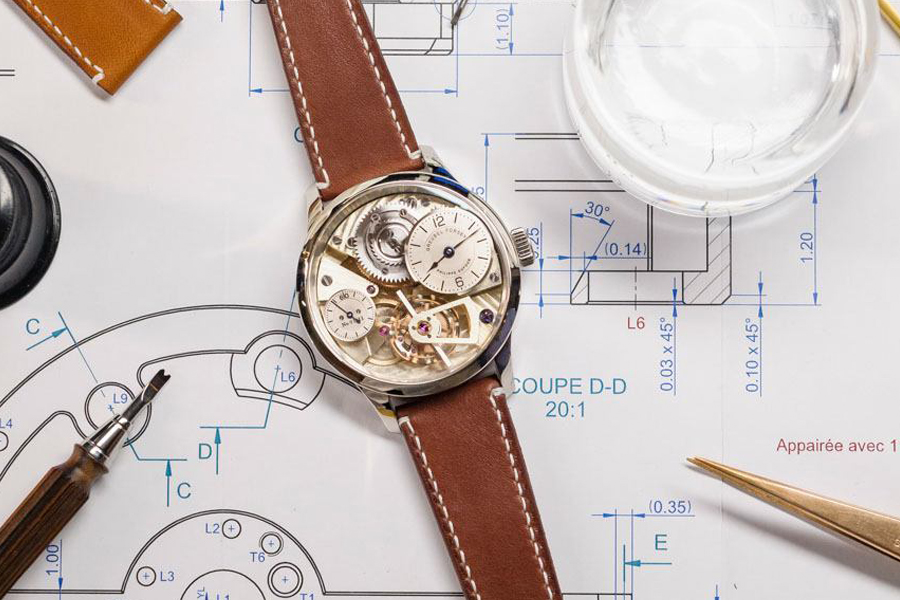 In 2007, Robert Greubel, Stephen Forsey and Philippe Dufour, all three of whom are members of the Time Aeon Foundation, reached an alarming conclusion: due to increasing mechanisation and a massive recourse to automation in the world of watchmaking, an entire heritage of ancestral procedures and techniques was on the verge of disappearing. They therefore decided to act by combining their efforts to select a pupil and then transmit their expertise to him.

This chosen pupil should put the techniques learned into practice by creating a timepiece by hand using traditional tools, such as the uprighting tool, the hand-mandrel lathe and the topping tool. In turn, the pupil shall transmit these skills to future generations thus safeguarding from oblivion a certain form of watchmaking excellence.

Every month Michel, the teacher-turned-pupil, travelled to La Chauxde- Fonds to build up a store of knowledge from Robert Greubel, Stephen Forsey, Philippe Dufour and from various other specialists practising at the Greubel Forsey Atelier. Thanks to the regular round-trips between Switzerland and his workshop in the Beauce region to the south-west of Paris, and working within the framework of a six-year project, Boulanger embarked upon the creation of an exceptional timepiece. This was to be a circular wristwatch, of extremely pure design, driven by a manually wound movement with three-hands time display and equipped with a tourbillon mechanism following in the great tradition of 19th century watchmakers, particularly Jacques-Frédéric Houriet and Abraham-Louis Breguet. So as to showcase the tourbillon mechanism, the structure of this timepiece features an off-centre dial displaying the hours and minutes. The different finishes applied to each component are of vital importance, even if they are not ultimately visible, in that they epitomise the concept of outstanding handmade craftsmanship that is at the heart of the «Le Garde Temps– Naissance d’une Montre» project.