Few watch brands have their own mechanical chronograph movements, especially if we talk about split-seconds movement genuinely developed and produced in-house.

Today, Breitling launches its Manufacture Caliber B03, officially chronometer-certified by the COSC and chooses another great classic, the Navitimer (since 1952) for its exceptional new ‘engine’. 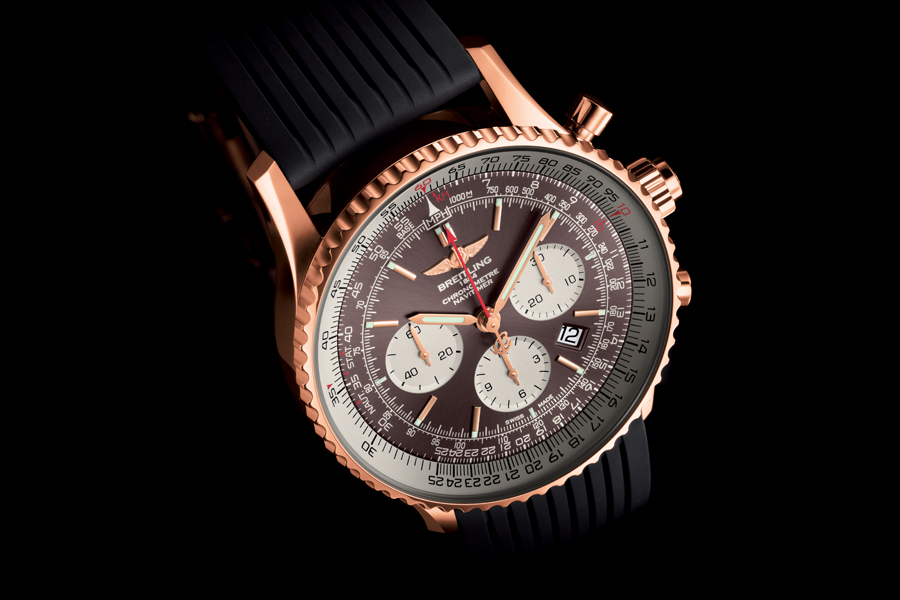 The split-seconds chronograph is considered one of the hardest watchmaking mechanisms to create. That is why this “Grand Complication” is generally produced in small series and requires watchmakers to perform a lengthy process of adjustment and rating. In developing its own split-seconds chronograph movement, Breitling has stayed true to its philosophy of “instruments for professionals”, focusing on sturdiness, precision and reliability as applied to large-scale production. “Quality in series”, as a 1940s Breitling slogan already proclaimed. 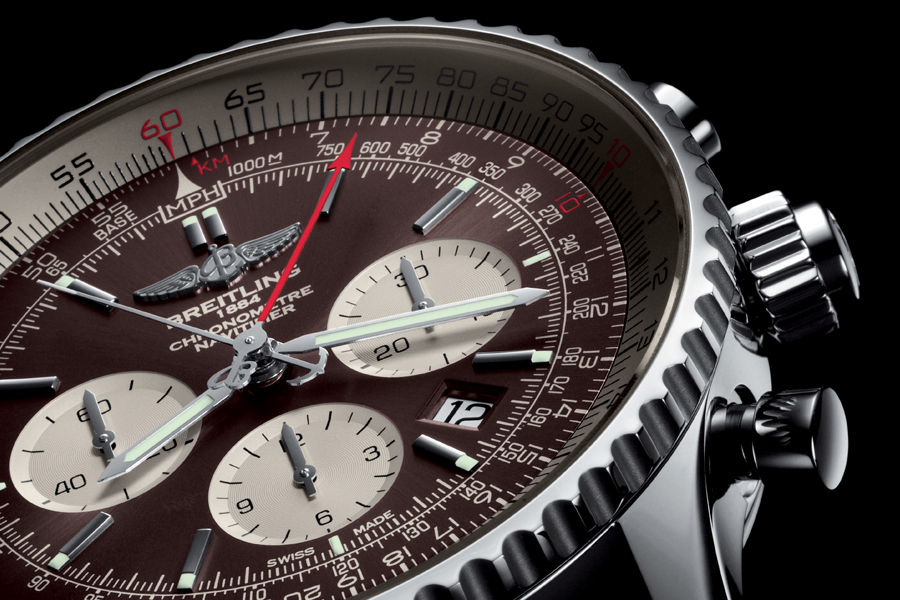 The major challenge related to the level of energy. The constant stopping and starting of the split-seconds hand results in variable energy requirements that can prove detrimental to chronometric precision and reduce a watch’s power reserve. One of the means of resolving this issue consists in equipping the movement with an isolating system serving to disconnect the split-seconds hand when it is stopped. This was the approach chosen by Breitling, developing two innovations for which patents have been filed. The first breakthrough relates to the isolating system. Breitling has replaced the cylindrical pin (the component driving the split-seconds lever) by a stamped part enabling it to achieve a more precisely defined shape, as well as enhanced sturdiness, with no impact on the precision of the timing, nor on the power reserve. The second innovation concerns the mechanism for stopping the split-seconds hand. Watchmakers traditionally use a wheel (either smooth or with extremely fine toothing) that is clamped in place. Inspired by cycle brakes equipped with rubber pads, Breitling’s engineers had the idea of surrounding the wheel with an O-ring seal that would be compressed by the clamp. This results in extremely precise stopping and a system that is simpler to produce and thus more reliable. 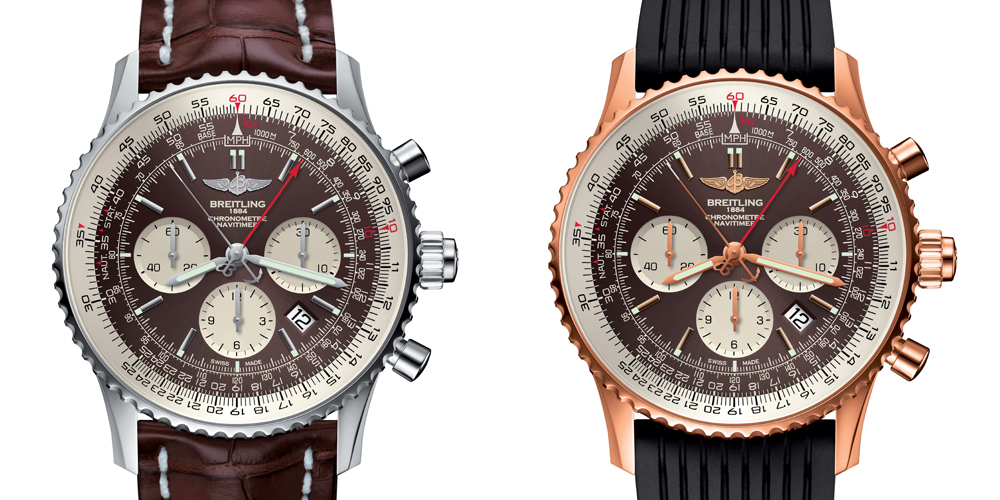 In developing its Caliber B03, Breitling worked on the basis of its Caliber 01, picking up the 70-hour power reserve as well as an innovative modular-type architecture: the split-seconds mechanism comprises just 28 parts!

Equipped with a 45 mm case, the Navitimer Rattrapante comes in steel as well as a 250-piece red gold limited edition (with a transparent caseback). Both watches have a bronze-colored dial, silver-toned counters and inner bezel reflecting the classic Navitimer look.