The Tourbillon OTTANTASEI remains faithful to the essential lines that characterize the collection designed by the Italian Pininfarina, laid down by the Tourbillon Ottanta® in 2010. 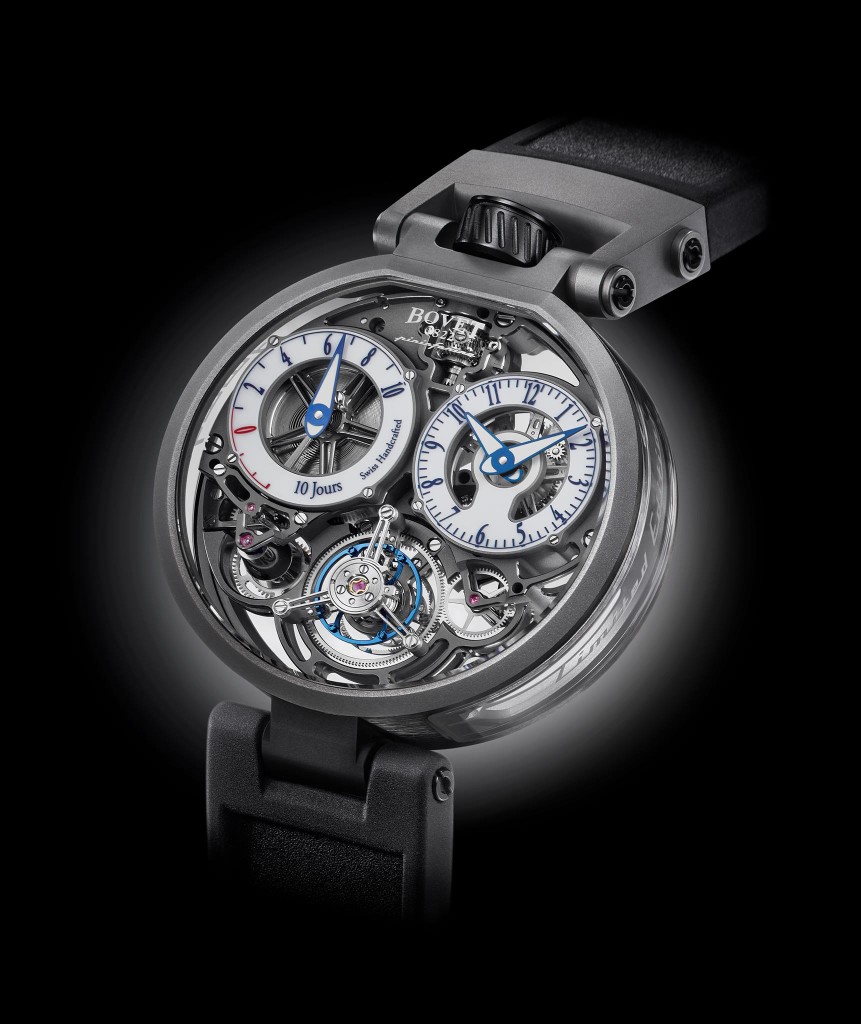 The technicians and watchmakers at the Manufacture DIMIER 1738 together with the designers at Pininfarina pooled their expertise to come up with an unprecedented perspective on the originality and fascinating technology inherent to the movement, once again entirely developed and manufactured by BOVET. Four large sapphire crystals occupy the main surfaces, while contrasting elements in titanium or gold trace the essential contours of the collection’s design and guarantee the qualities required for its sportier traits.

The case of the Tourbillon OTTANTASEI features a clever casing-up system via the case back, ensuring greater transparency and lightness, a quick glance at the movement is enough to conclude that here, once again, all efforts have been concentrated on the principles of lightness and transparency. The eye alights first and foremost on the single barrel and its concentric power-reserve indicator at 10 o’clock. Then, it moves on to the hours and minutes displays featuring the same configuration at 2 o’clock, before finally considering the flying tourbillon in the airy space freed up at 6 o’clock. 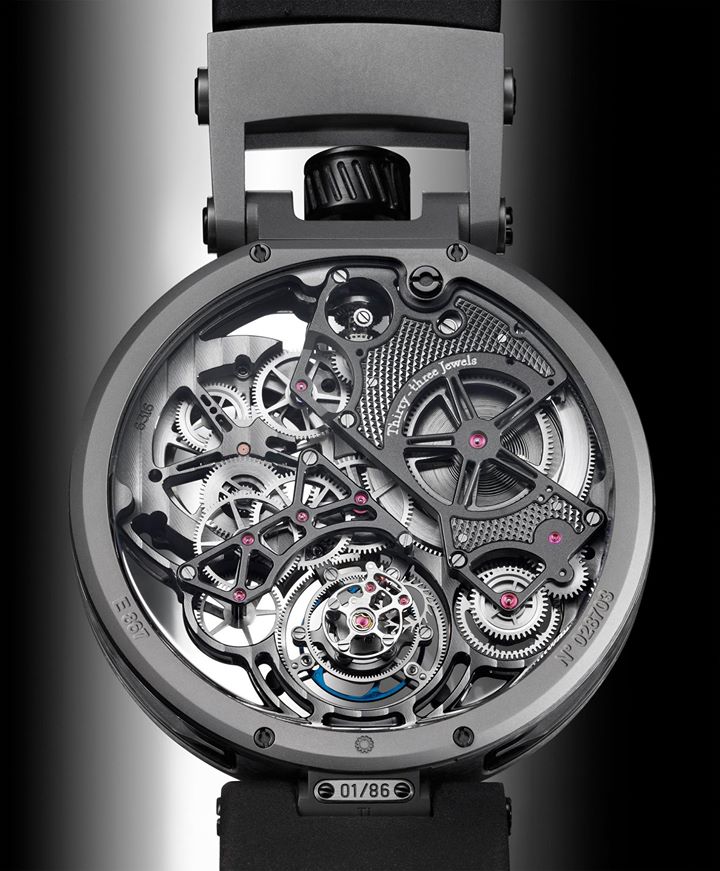 To achieve the outstanding technical performances of the Tourbillon OTTANTASEI, the technicians and watchmakers opted for a single barrel with extraordinary characteristics, that allows to have 10 days (240 hours) power reserve while the spring measures only 104 cm.

The highly original flying tourbillon carriage is made up of no fewer than 104 components. Its many innovations include a unique bridge at the center of its axis. In addition to its balanced masses and subsequently reduced lever effect, the tourbillon carriage seems to move more freely than ever before within its own space. This ingenious construction owes its existence to the patented double-sided tourbillon, which features the escapement and balance spring positioned on either side of the central fixation point, thus enhancing both the watch’s chronometric performances and aesthetic quality by clearly revealing the escapement and balance spring on both sides of the caliber. 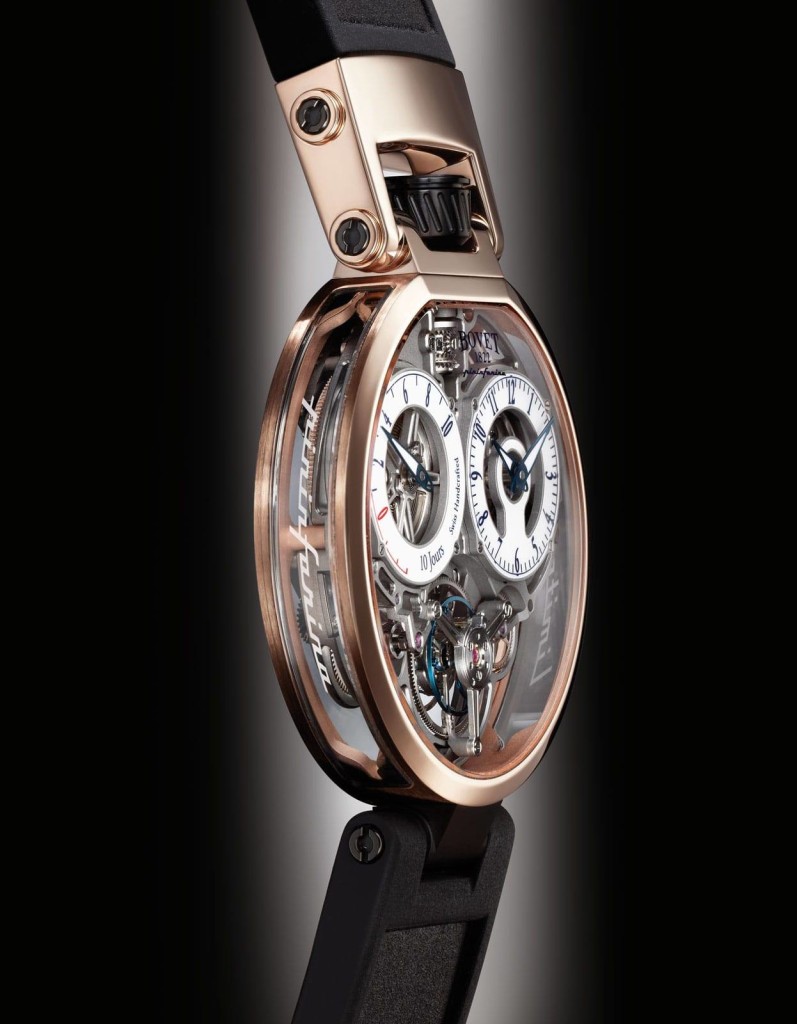