BOLT-68 became the major collection of Bomberg with its patented system that turns the timepiece into a pocket watch. 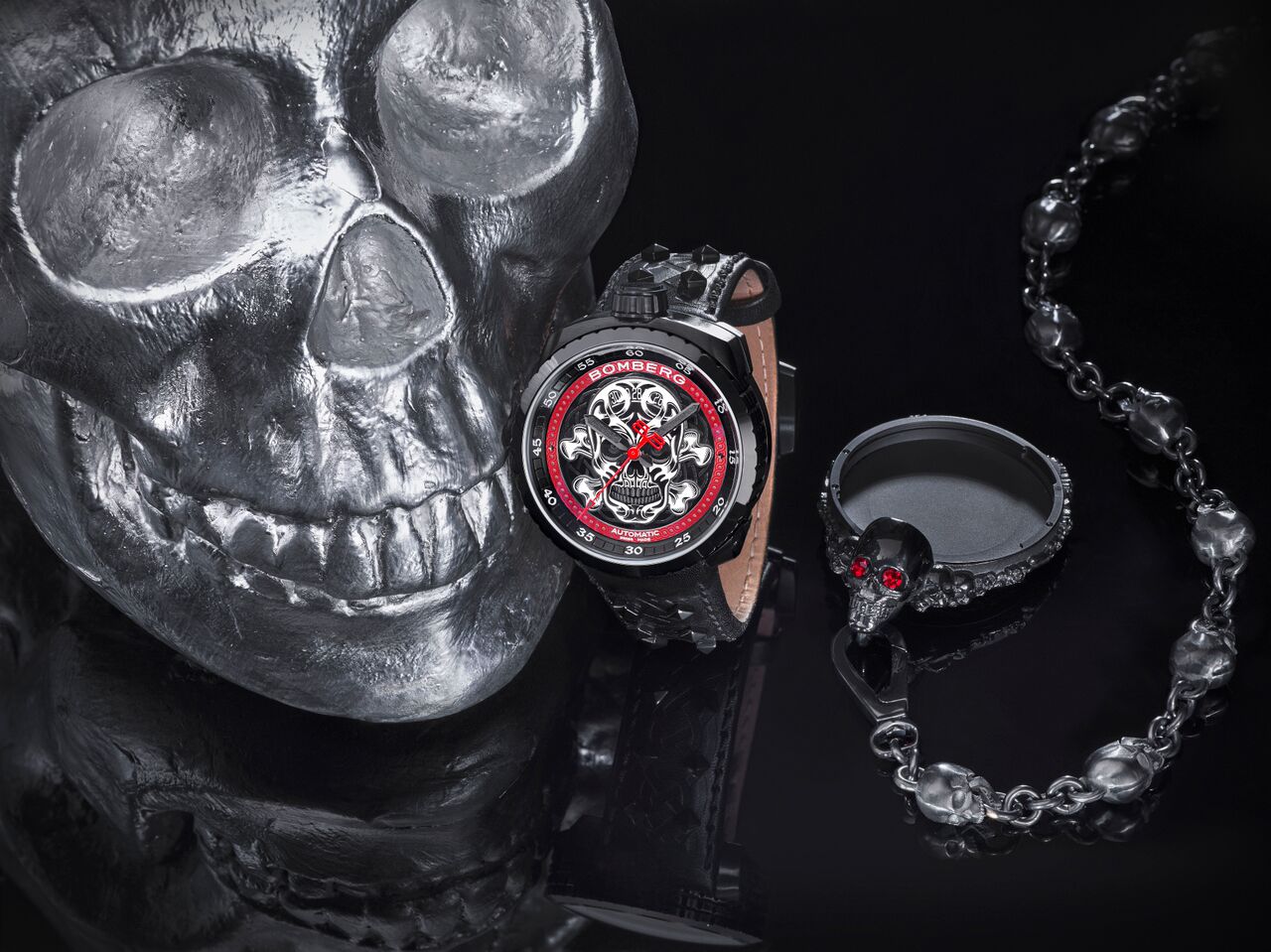 The collection is distinguished by its bold and unconventional design: from the flashy colour of “BOLT-68 NEON”, to the mad design of “BOLT-68 SKULL BADASS”, the collection passes trough “BOLT-68 GAMBLER” inspired from the casino world. 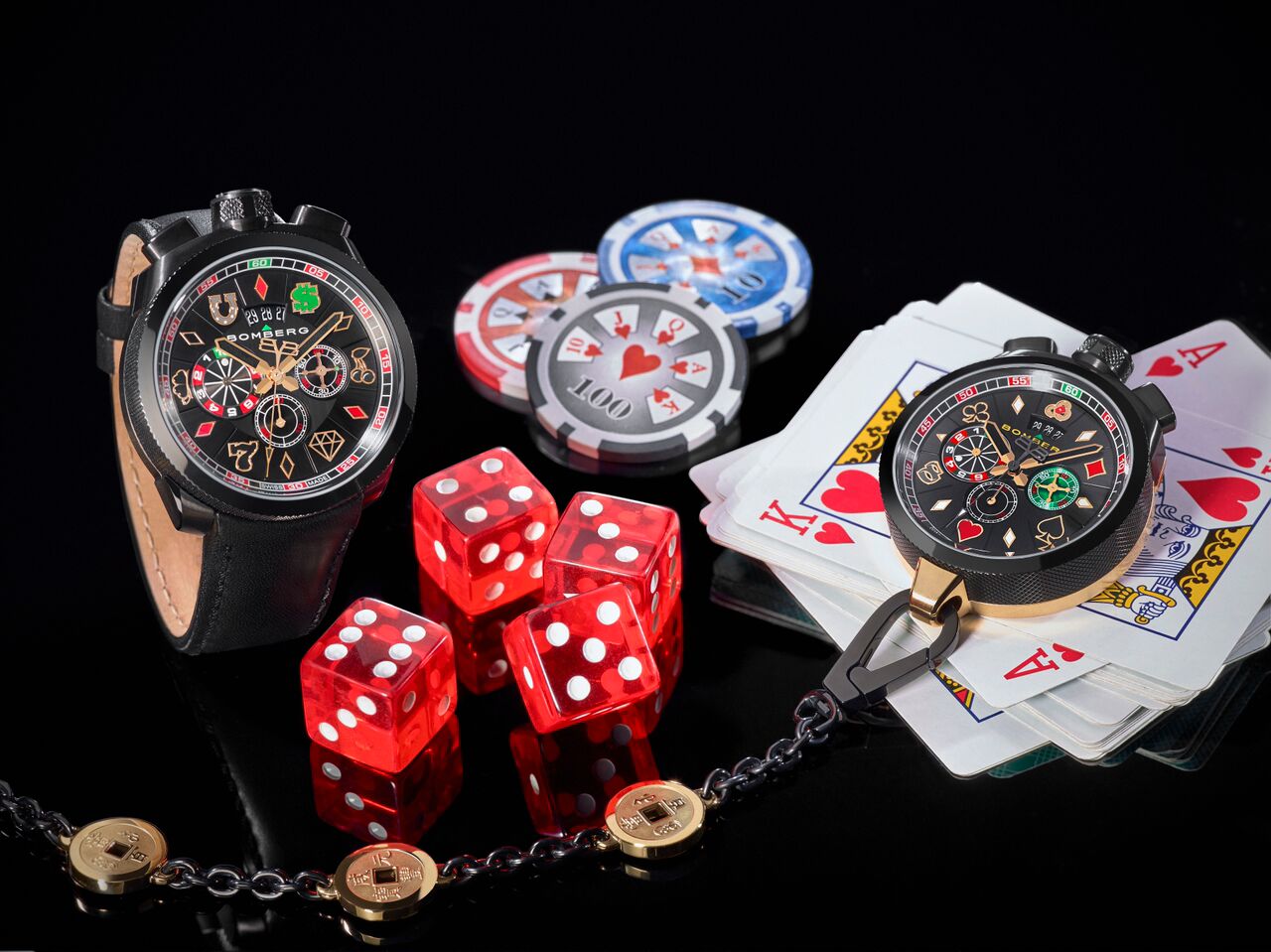 The “BOLT-68 SAMURAI” gives you a taste of Asia and reproduces the elegance of the Japanese culture, whereas “BOLT-68 FALCON” transports us into the middle of a desert. 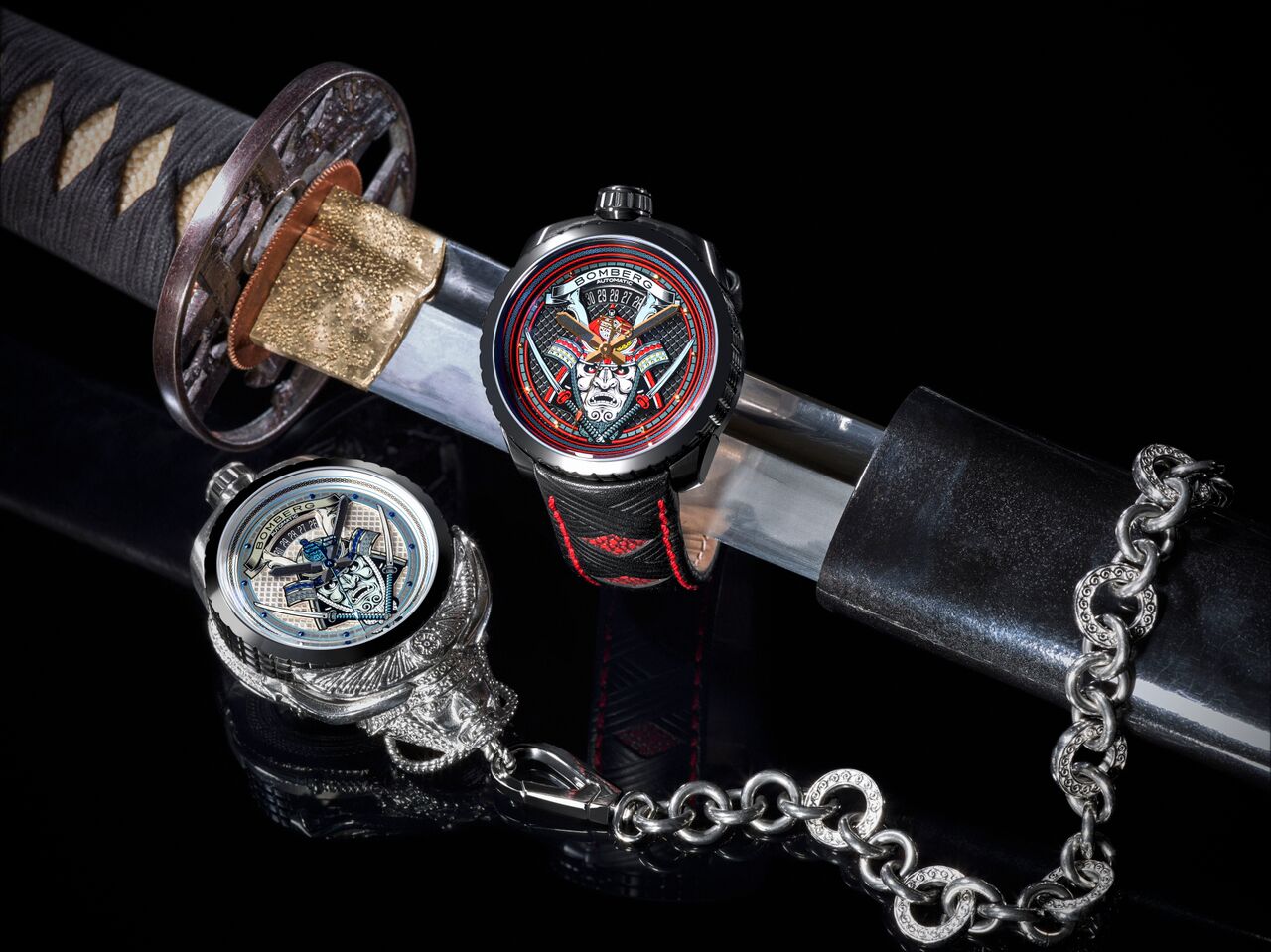 All new BOLT-68 come with a medallion and a chain.