In 2013, to mark the 60th anniversary of the Fifty Fathoms, the Bathyscaphe appeared with a new aesthetic reminiscent of the first editions… At distance of 4 years after its presentation, Blancpain extend its Fifty Fathoms collection introducing the new Bathyscaphe 38 mm in abyss blue. 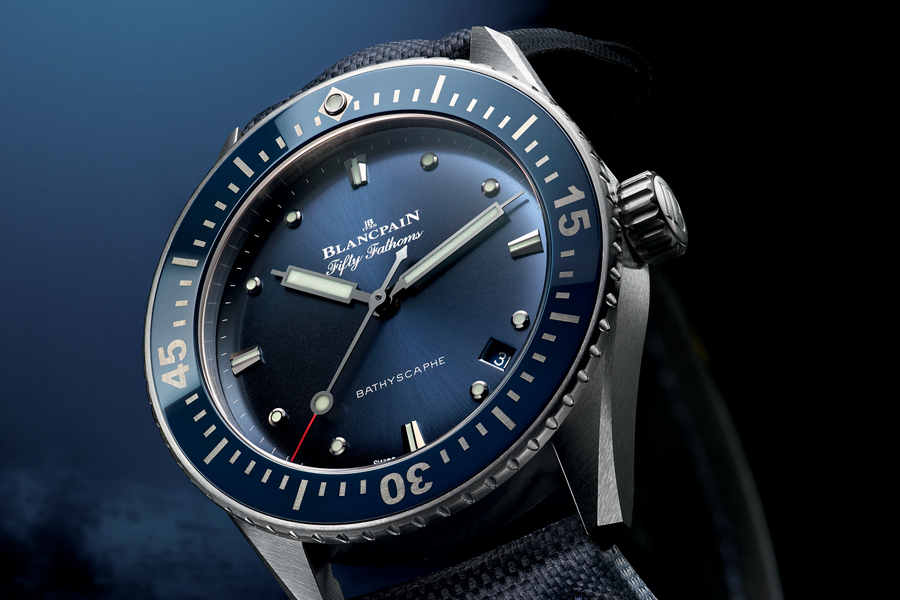 Like any self-respecting diving watch, each model is equipped with a unidirectional bezel rotating counter-clockwise by small notches. Loyal to the original Bathyscaphe version, the luminescent dot on the bezel serves as an index for divers, enabling accurate alignment with the minutes hand and thereby defining the start of a given dive time. 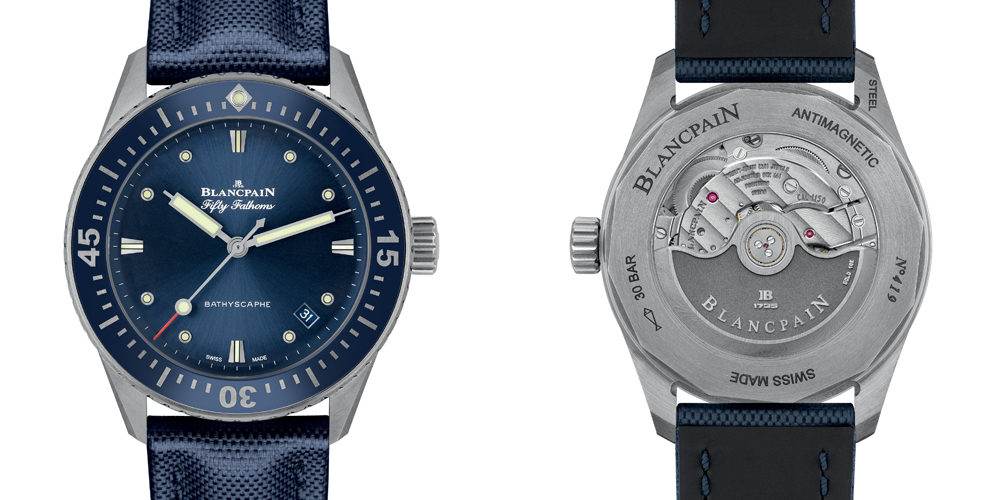 Powered by the Caliber 1150, the Fifty Fathoms Bathyscaphe is water-resistant to 300 m and its distinguished by robustness and chronometric performance. Its equipped with two series-coupled barrels ensuring a 100-hour power reserve while guaranteeing constant energy. The caliber is visible through a sapphire crystal case back enabling one to admire its solid gold oscillating weight coated in NAC and sculpted to form the raised Blancpain logo appearing in relief. It is equipped with a balance spring in silicon. This material offers several important advantages. Firstly, its low density makes it lighter and thus more shock-resistant. In addition, it is impervious to magnetic elds. The resulting balance spring is ideally shaped, thereby ensuring improved isochronism performance of the movement, which in turn leads to enhanced timekeeping precision.