Established in 1969 at the Miramar air base in California, the United States Navy Fighter Weapons School – better known as Top Gun – is the school where pilots of the U.S. Navy study fighter and strike tactics and techniques. Made famous by the 1986 motion picture Top Gun, starring Tom Cruise as lieutenant Maverick, the U.S. Navy’s Strike Fighter Tactics Instructor Program was also a source of inspiration for IWC: in 2007 the brand introduced the “TOP GUN”  Pilot’s watch collection, designed to satisfy the needs of elite pilots.

This year, at the Salon International de la Haute Horlogerie in Geneva, IWC unveiled a new TOP GUN line made of four models, part of the Pilot’s Watch collection. Today we finally had the chance to try on one in particular, the Pilot’s Watch Chronograph TOP GUN.

Not having access, for obvious reasons, to a F12 fighter aircraft, we thought of something as fast and “bad” that could convey the same feelings as those of a pilot flying a supersonic jet. A powerful and agile vehicle with an incredible performing capacity. As you know, IWC is Mercedes AMG’s Official Engineering Partner, so we opted for one of the most breathtaking supercars of the brand… the Mercedes-AMG GT C Coupé! A genuine 4-wheel monster, rear-wheel driven, with aluminium body and frame and a 557 hp, 4.0 V8 biturbo engine. Just as the fighter aircraft and the Pilot’s watch, this two-seater car was designed with performance in mind, priority being given to the driving dynamics. 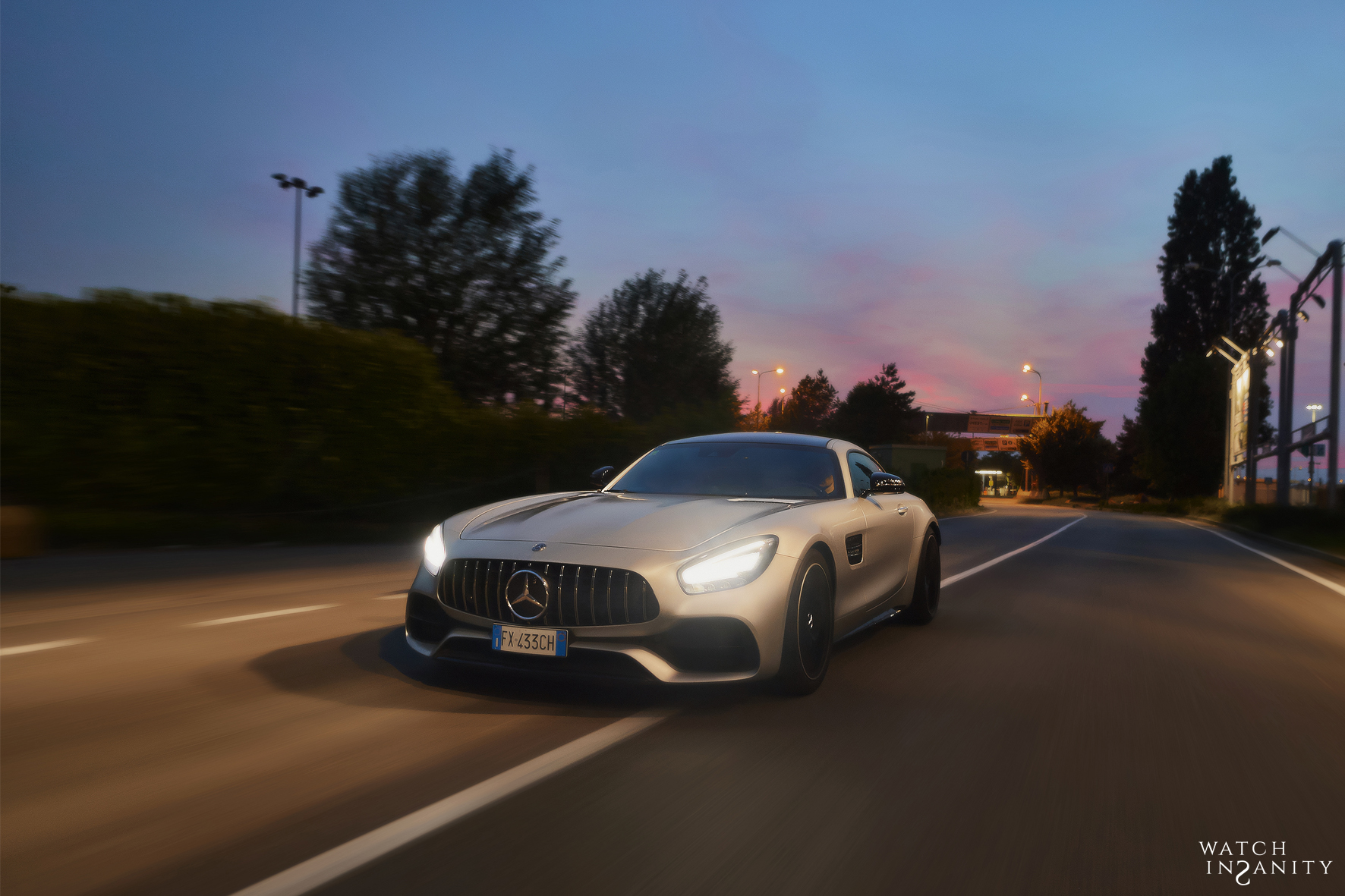 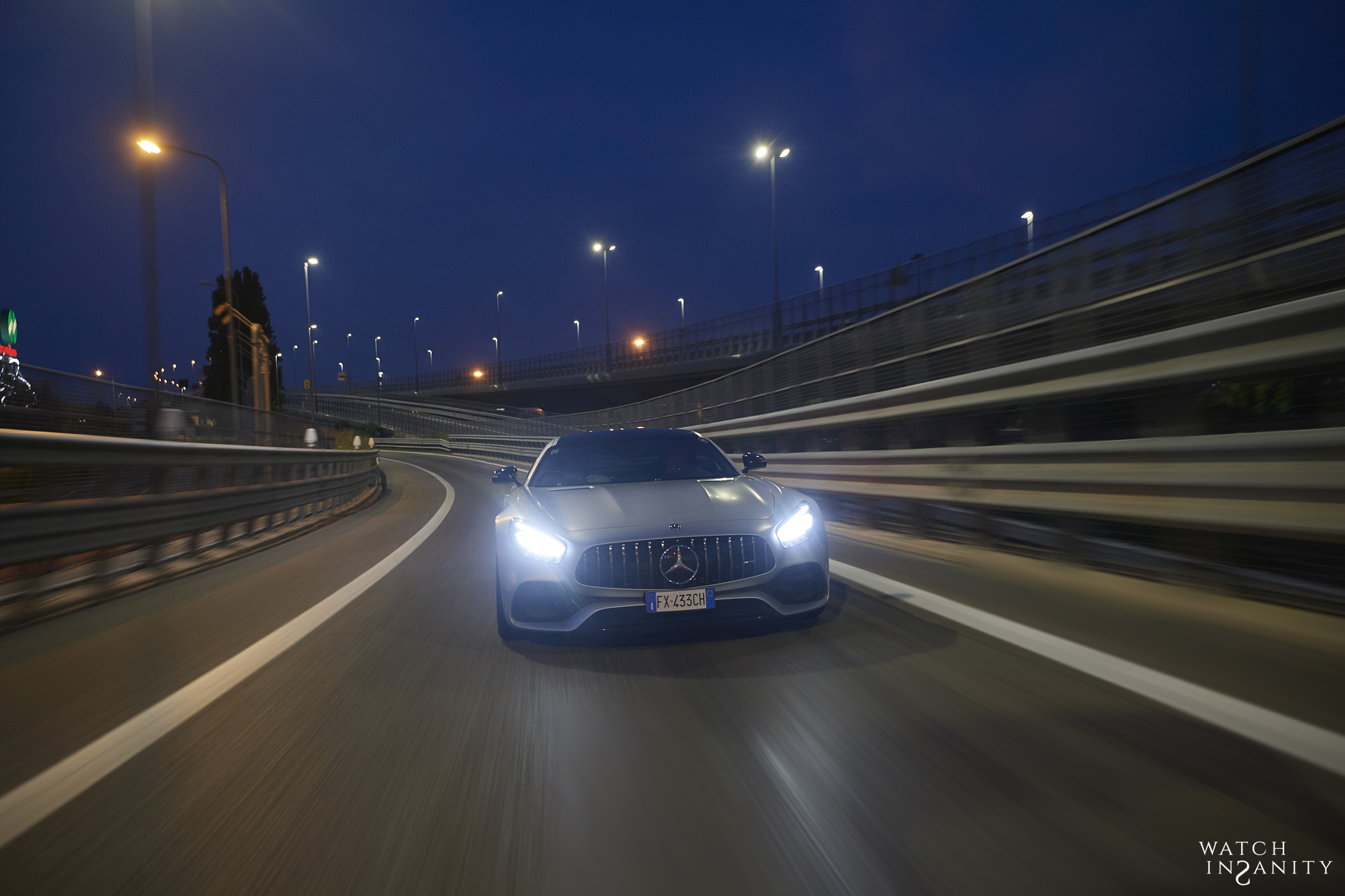 “RACE” function on; foot on the accelerator; green light; Goooo… Breathtaking, the Mercedes-AMG GT C Coupé speeding up (0-100 km/h in 3.7s) leaves us literally speechless. Glued to the driver’s seat, our hands strongly holding the wheel, this is how our adventure in the TOP GUN world begins. 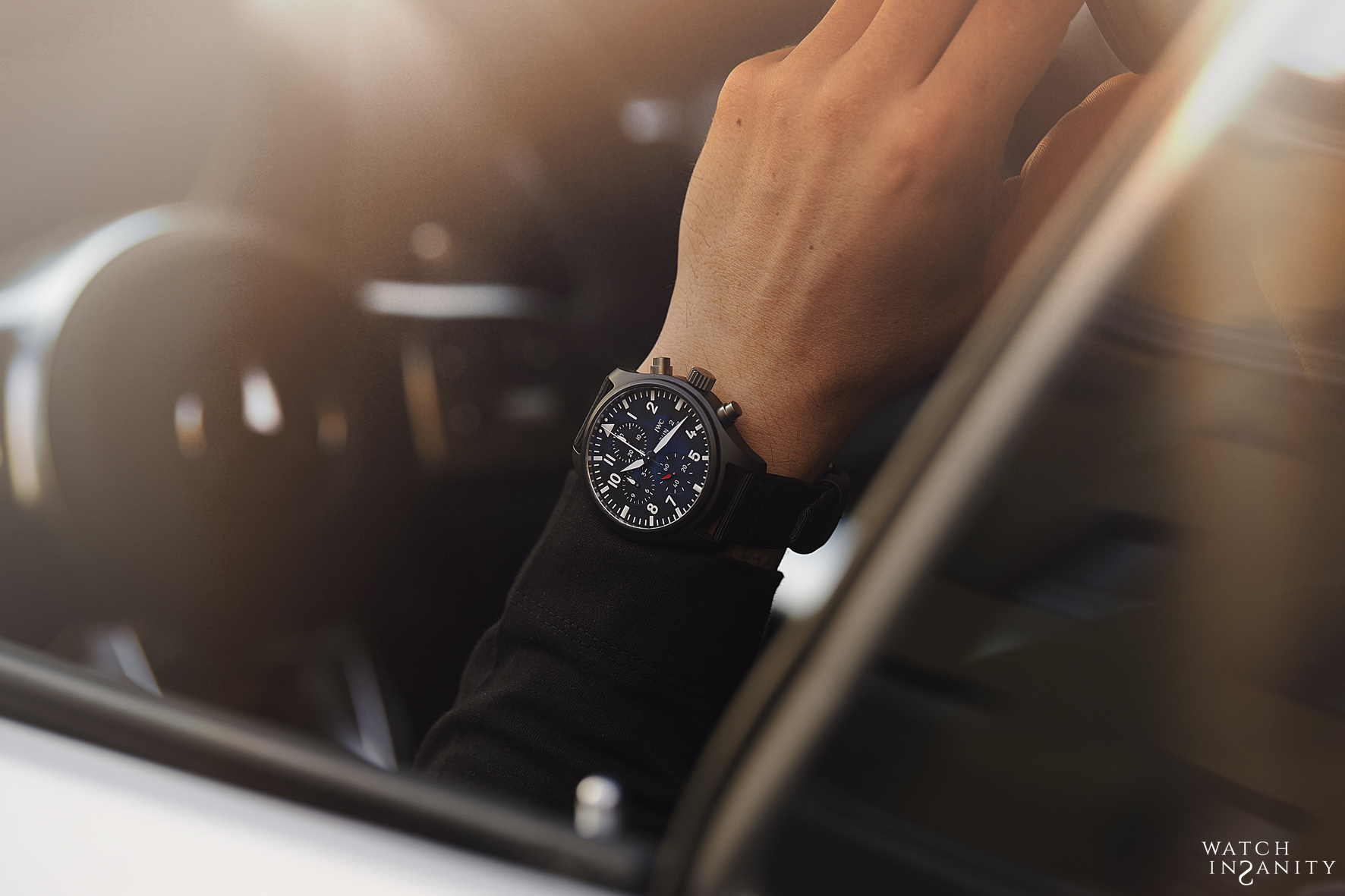 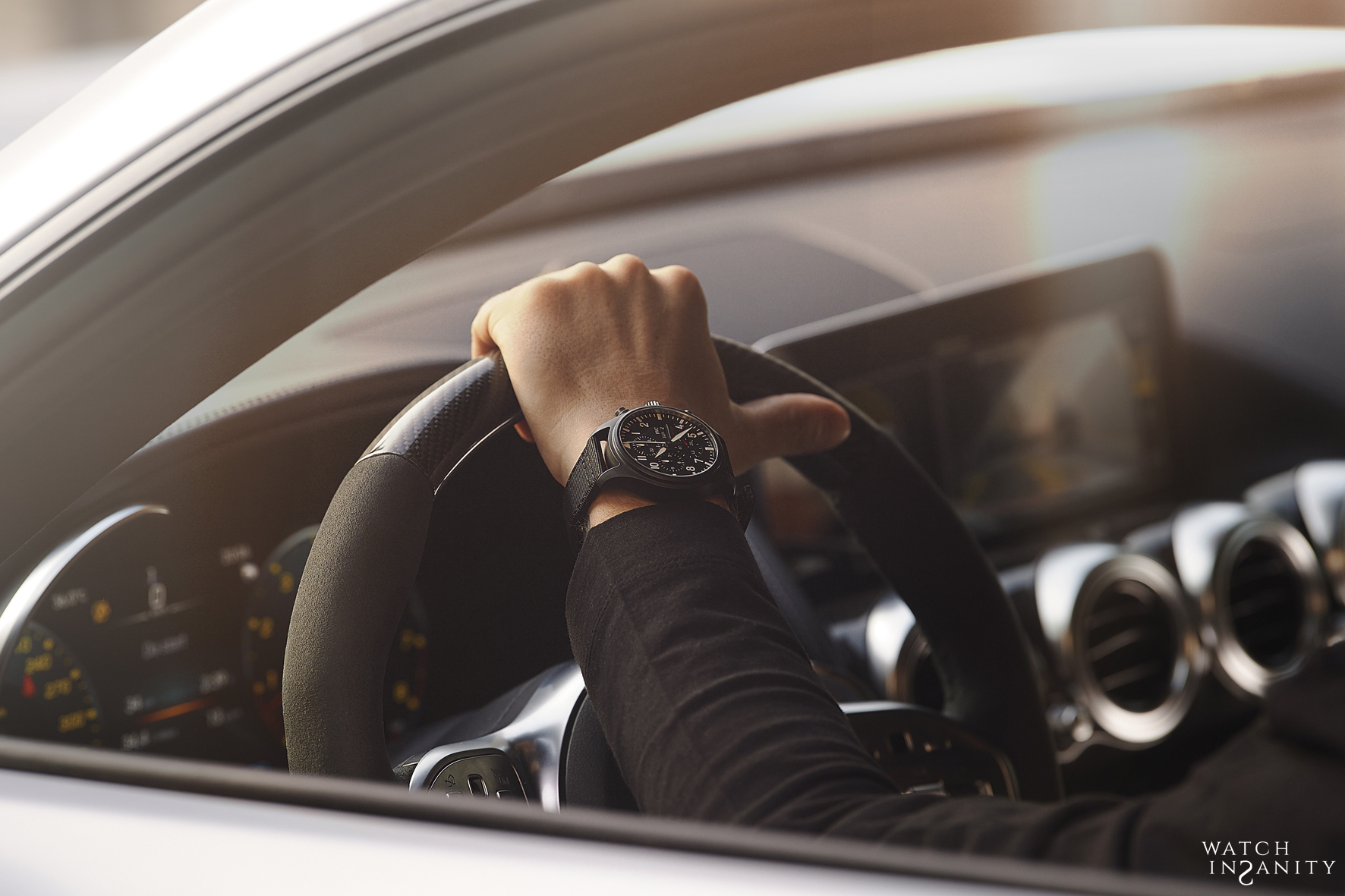 On our wrist, the IWC Pilot’s Watch Chronograph TOP GUN, with its black 44.5mm ceramic case and textile strap. With a cockpit-instrument look, on the dial – also black with luminescence – the two subdials of the chronograph stand out at 12 o’clock and 9 o’clock, while the red small seconds hand is placed at 6 o’clock. Two little displays indicating the day of the week and date are at 3 o’clock. Inevitable, the classic triangle with the two little dots on its sides couldn’t be missing at 12 o’clock, helping to read the time. 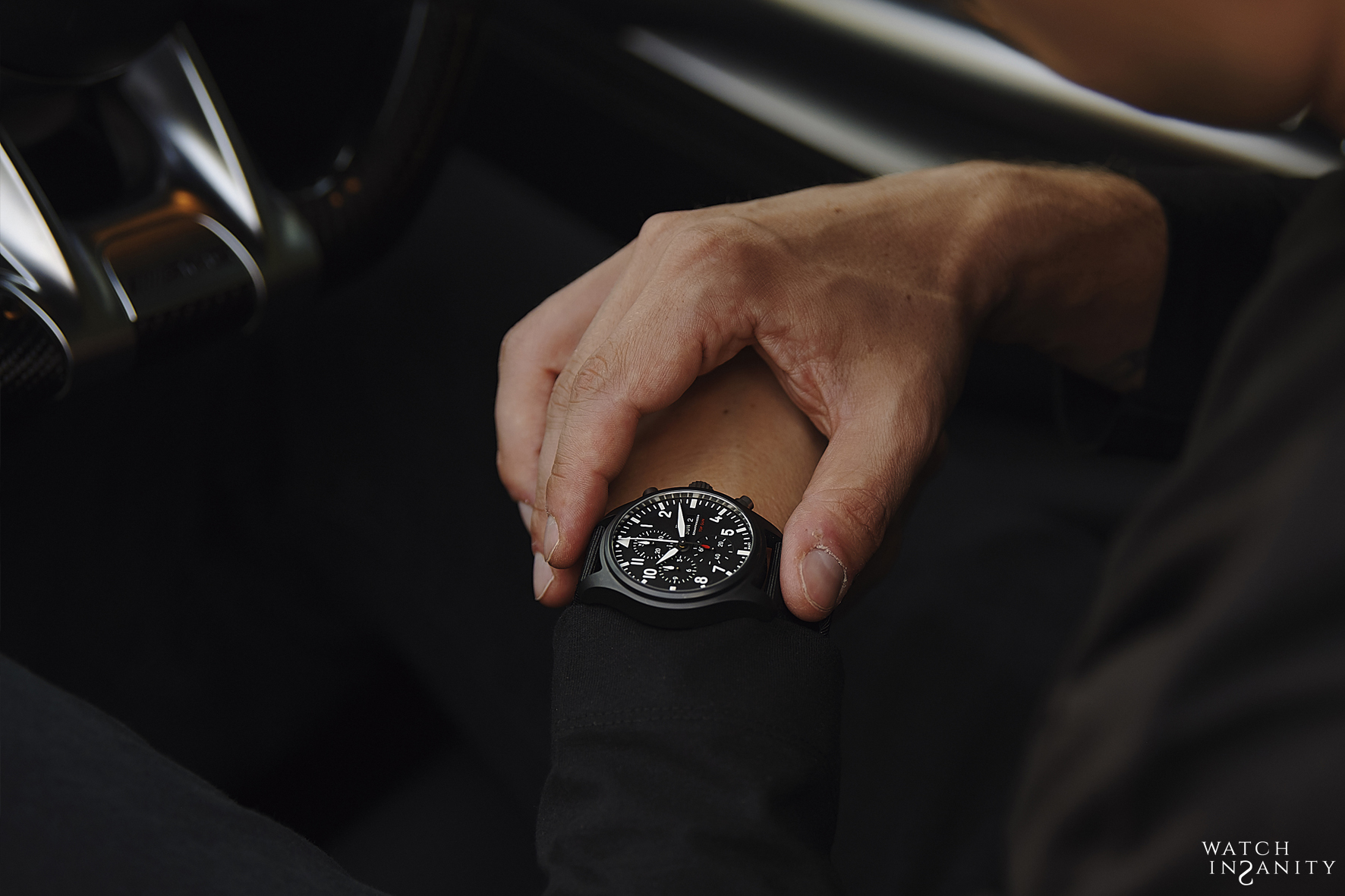 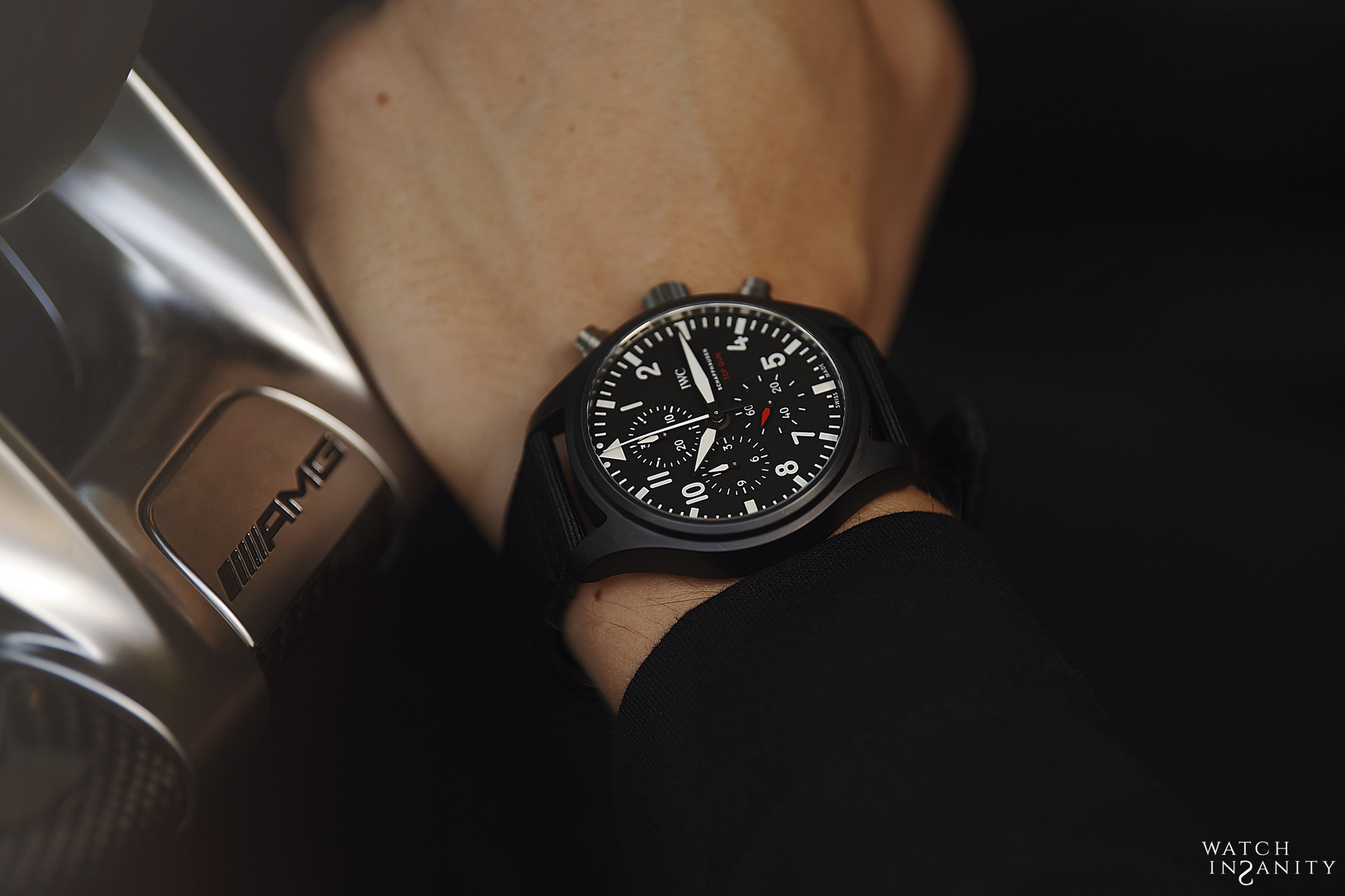 Colors and design remain the same as the previous model. The main differences can be observed on the dial where, from two the subdials became three, the date is completed with the day of the week, and the IWC logo has moved above the calendar while the Schaffhausen writing stands below. 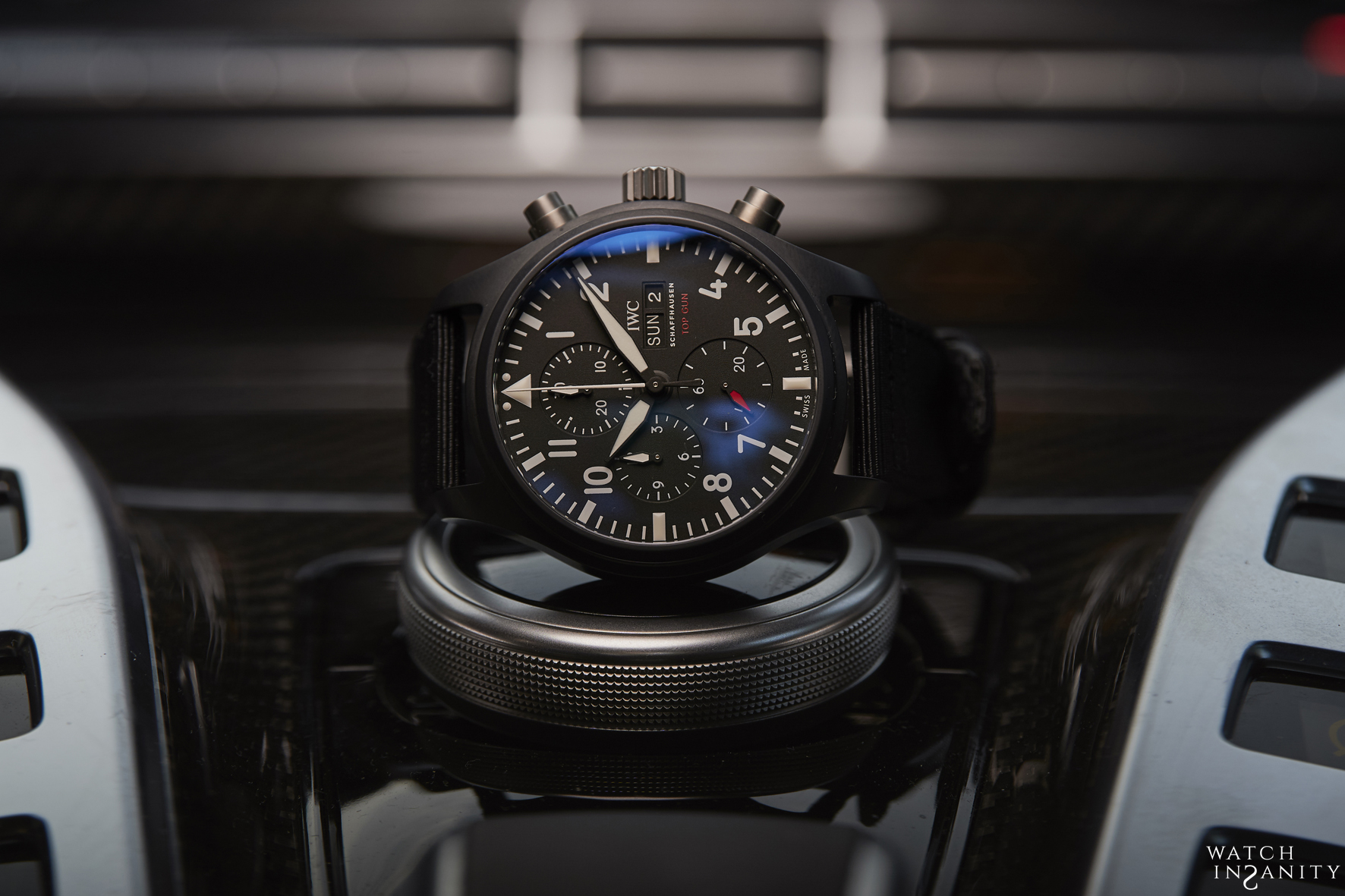 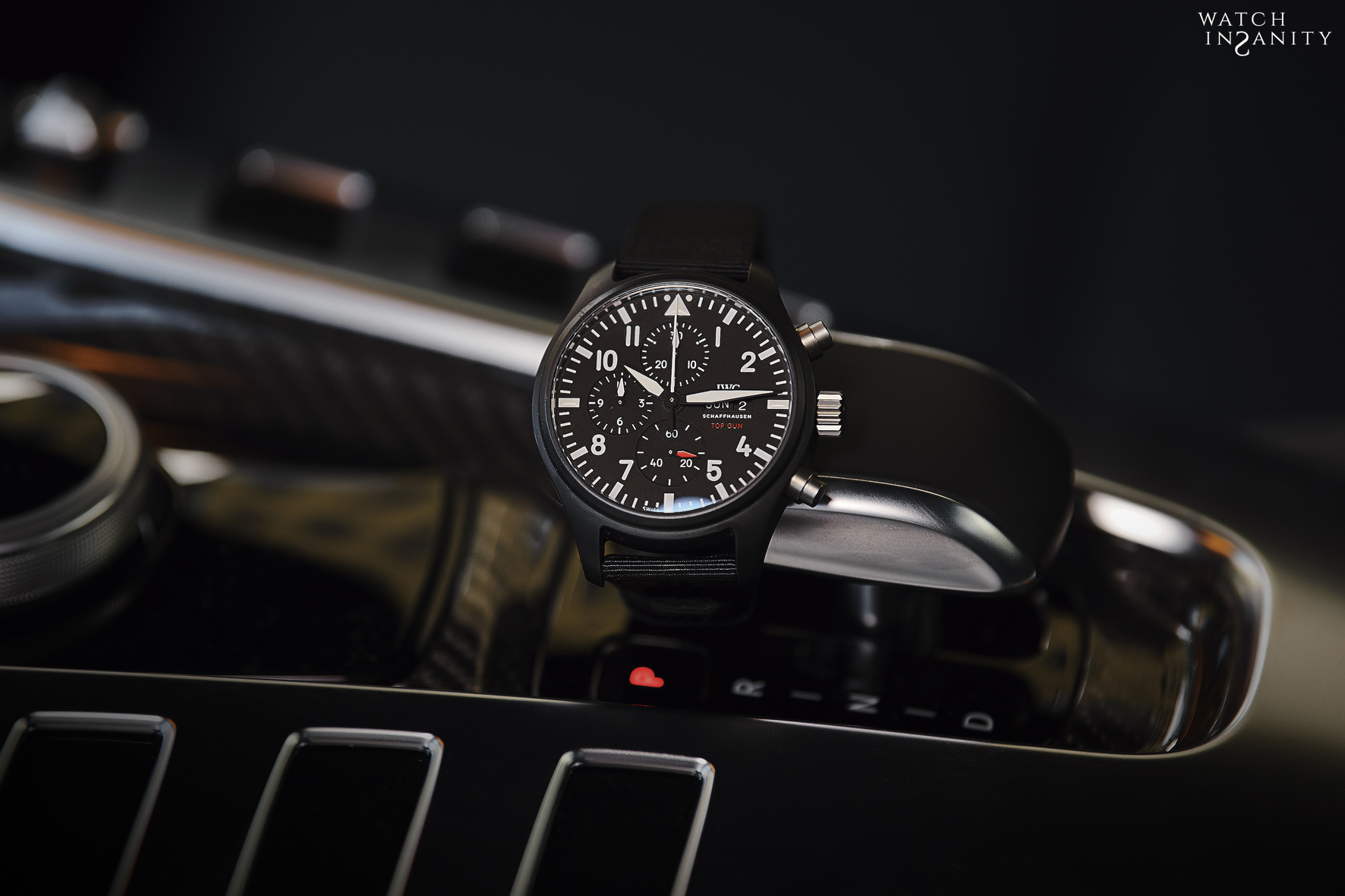 Another great innovation, surely the most important, is the movement. For the first time, IWC equipped this watch with a manufactured movement. Inside the case, the heart of the automatic 69380 calibre – with its 46 hours power reserve – is beating. Part of the the 69000-calibre family, this movement is enclosed in a soft-iron inner case for protection against magnetic fields, and the classic TOP GUN logo is engraved on the back made of titanium. 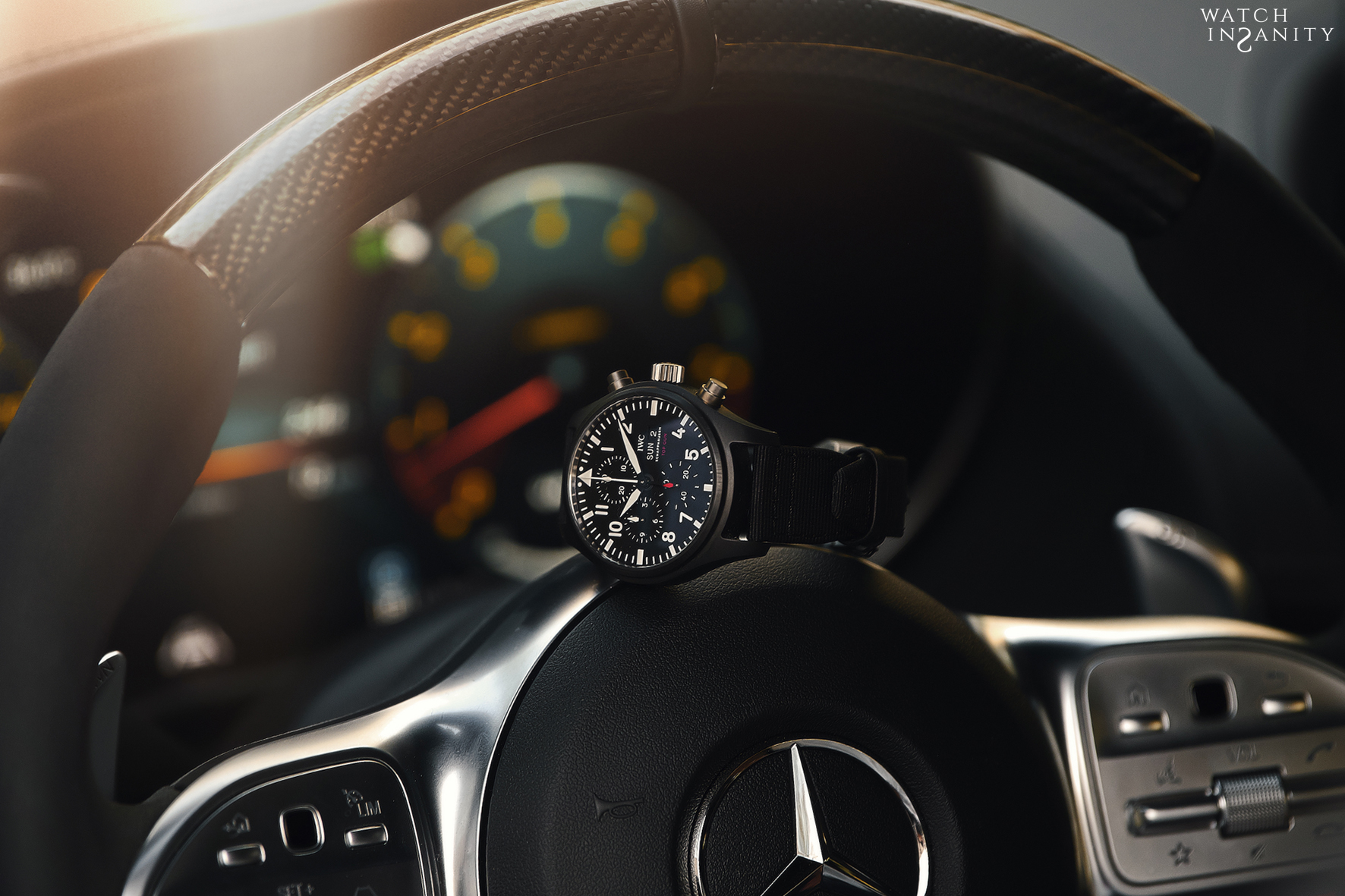 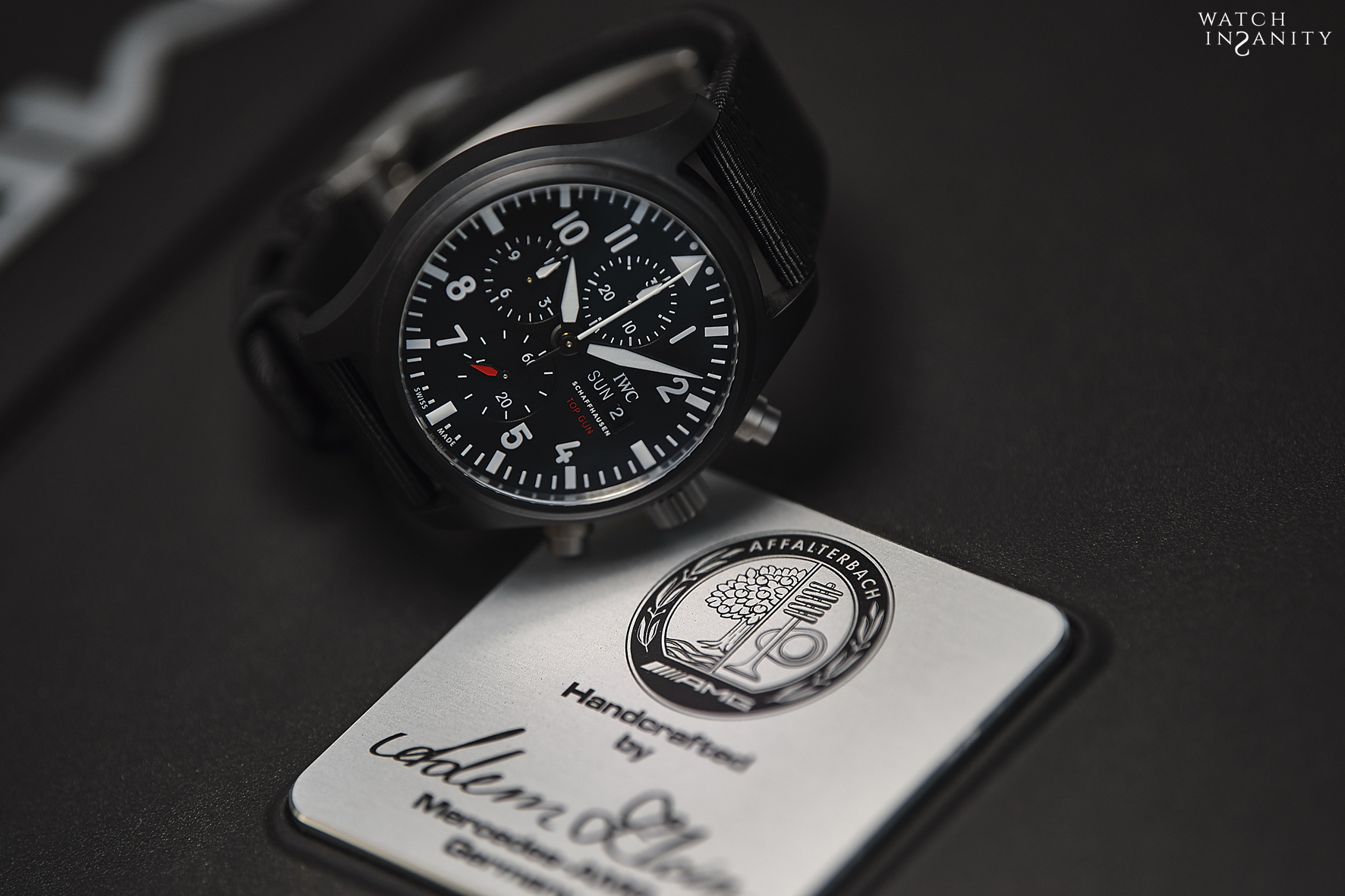 As always – fundamental characteristic of all IWC Pilot’s watches – the time is visible at any moment and in every condition, thanks to the indexes accompanied by arabic numerals. The price, €.8.350,00 is certainly interesting and in line with the product. 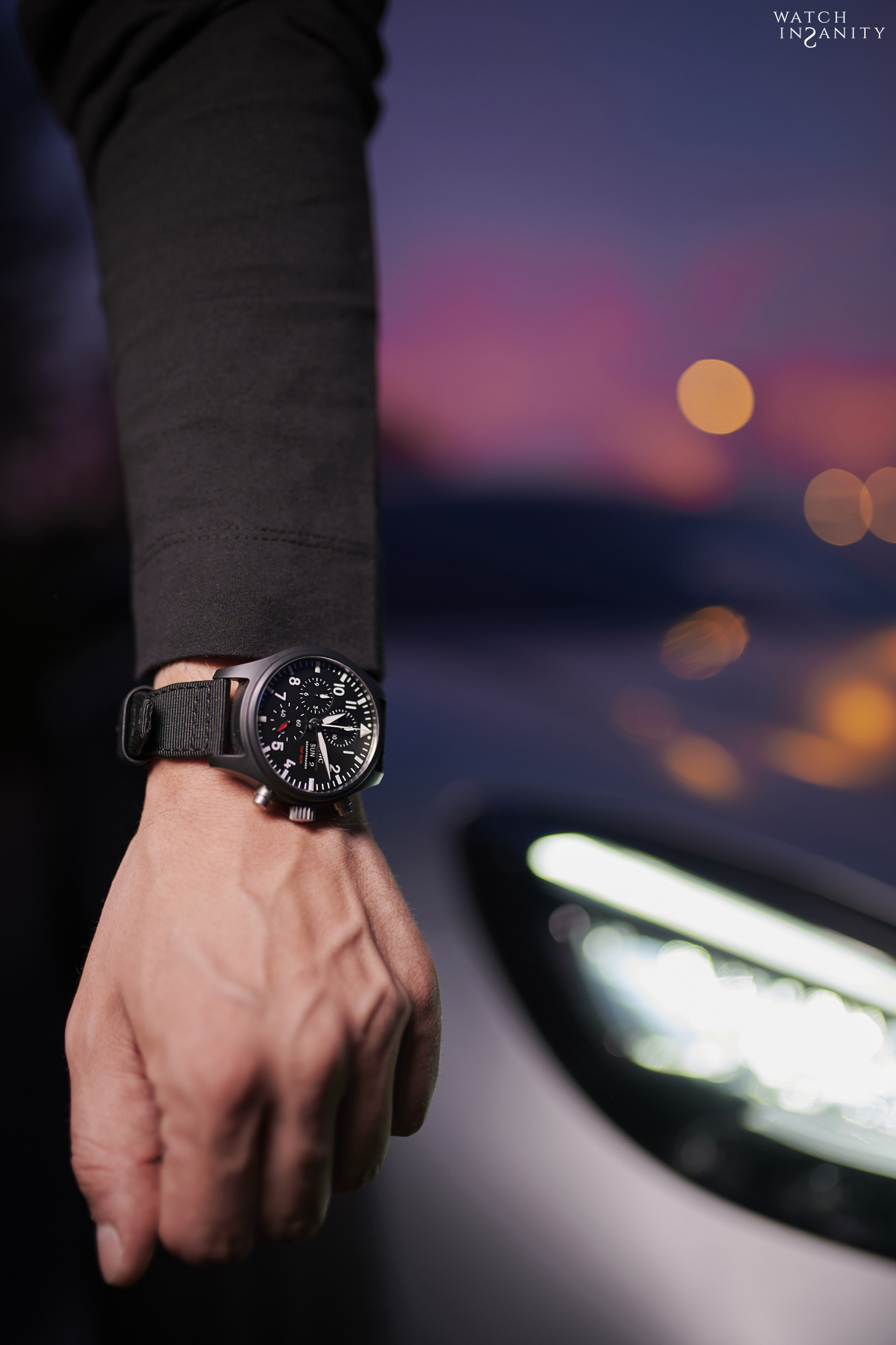 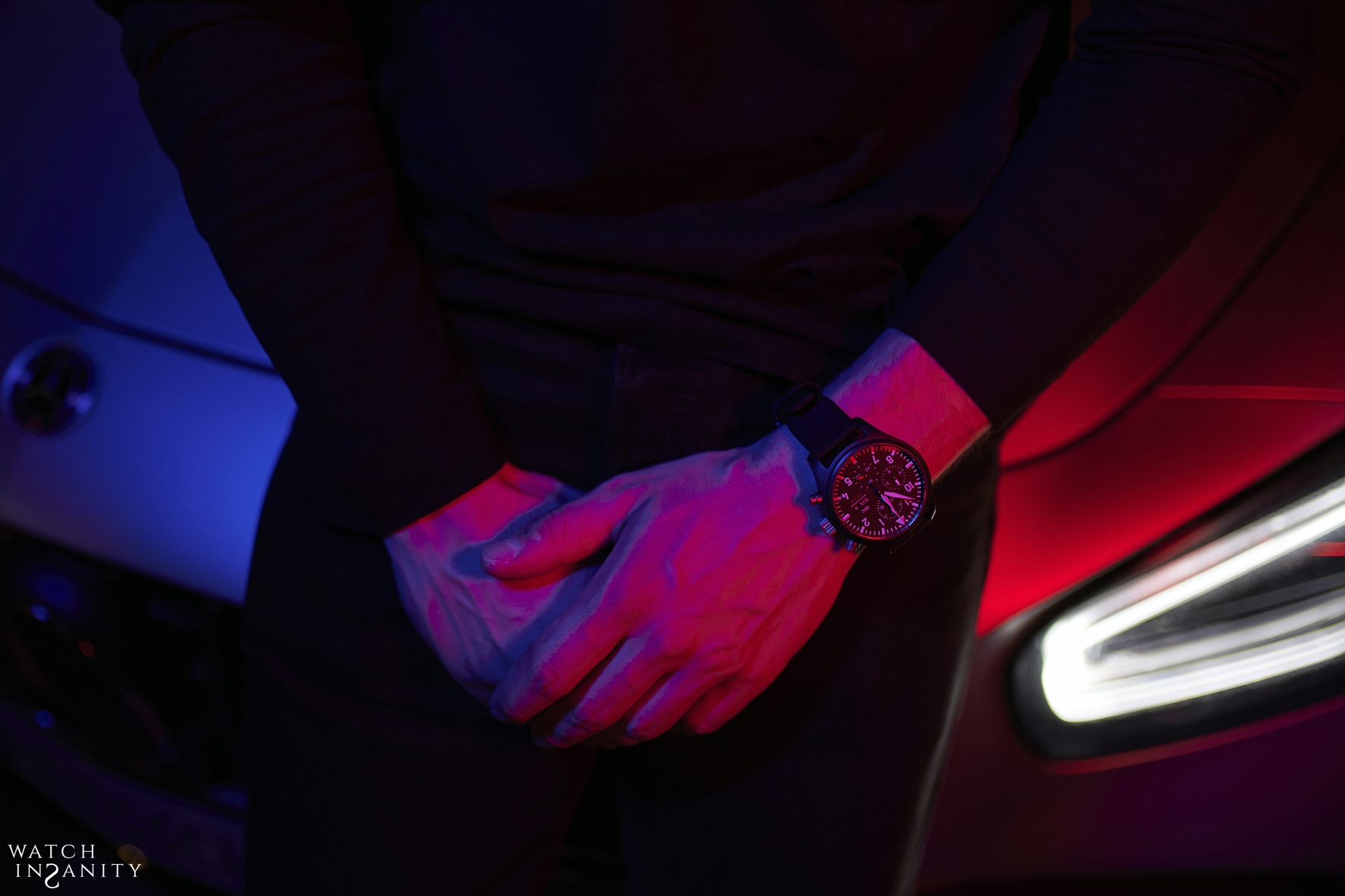